The Girls Have a New Game. | Picnic on Marblehead Neck. 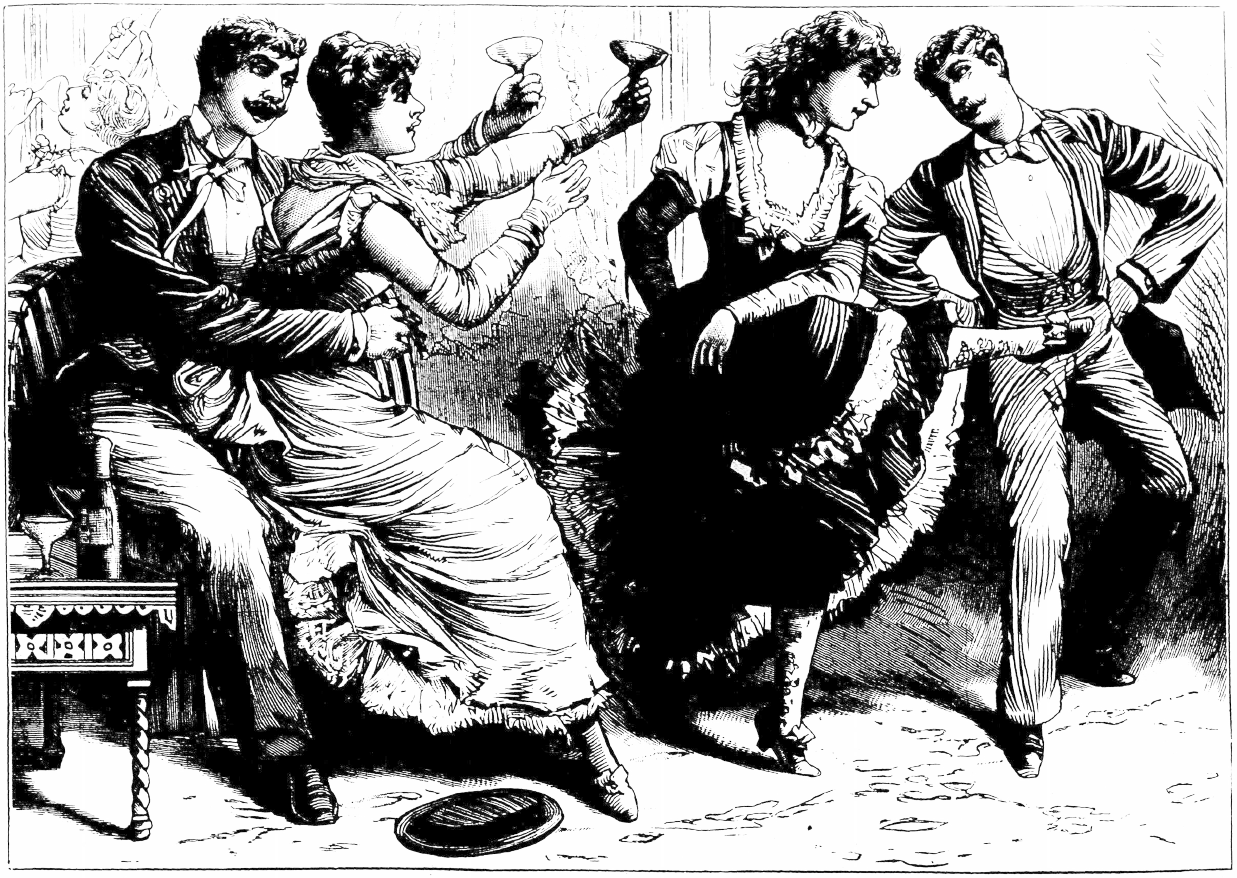 A correspondent from Jamestown, N. Y., sends us an account of an alleged very loud performance indulged in by several young male and female members of swell society in that ton in a summer hotel near Jamestown. The illustration sufficiently suggests the character of the affair without further mention in details. It is said the originator of the party is one of the most prominent politicians in Jamestown.