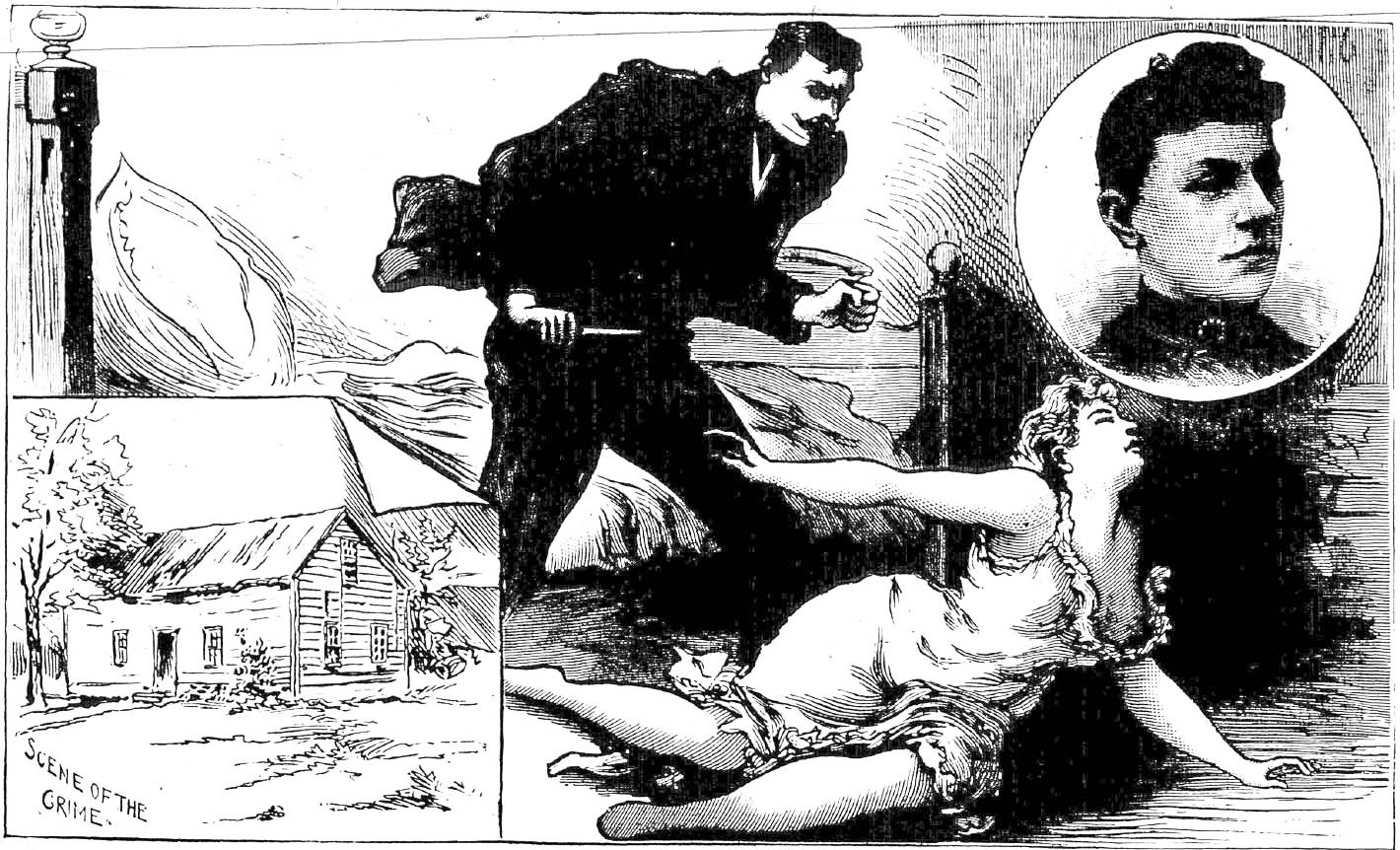 Jealousy led to a dastardly attempt at murder in Oneonta, N. Y., recently. Jack Scanlin, who for some days past has been stopping at the house of Mrs. Detta Hough, where, also, his wife is, whom he  has not been living with recently, arose from his bed and going to the room occupied by his wife and Mrs. Hough attacked the two women. Mrs. Hough he struck upon the head with a heavy stone. He then grabbed his wife, and with some sharp instrument with which he was armed, cut and slashed her about the face and neck in a horrible manner. Mrs. Hough, who had escaped from the fiend, rushed from the house and gave the alarm. Scanlin was arrested and lodged in jail. He says that William R. Jamison, a young man who lived in the Hough house, was the cause of the deed. Jamison denies that anything improper existed between he and Mrs. Scanlin. The doctors state the woman cannot live.