She was perched upon the knee of her gentleman friend at Saginaw, Mich., enjoying her delicious swee
More...
June 11, 2018 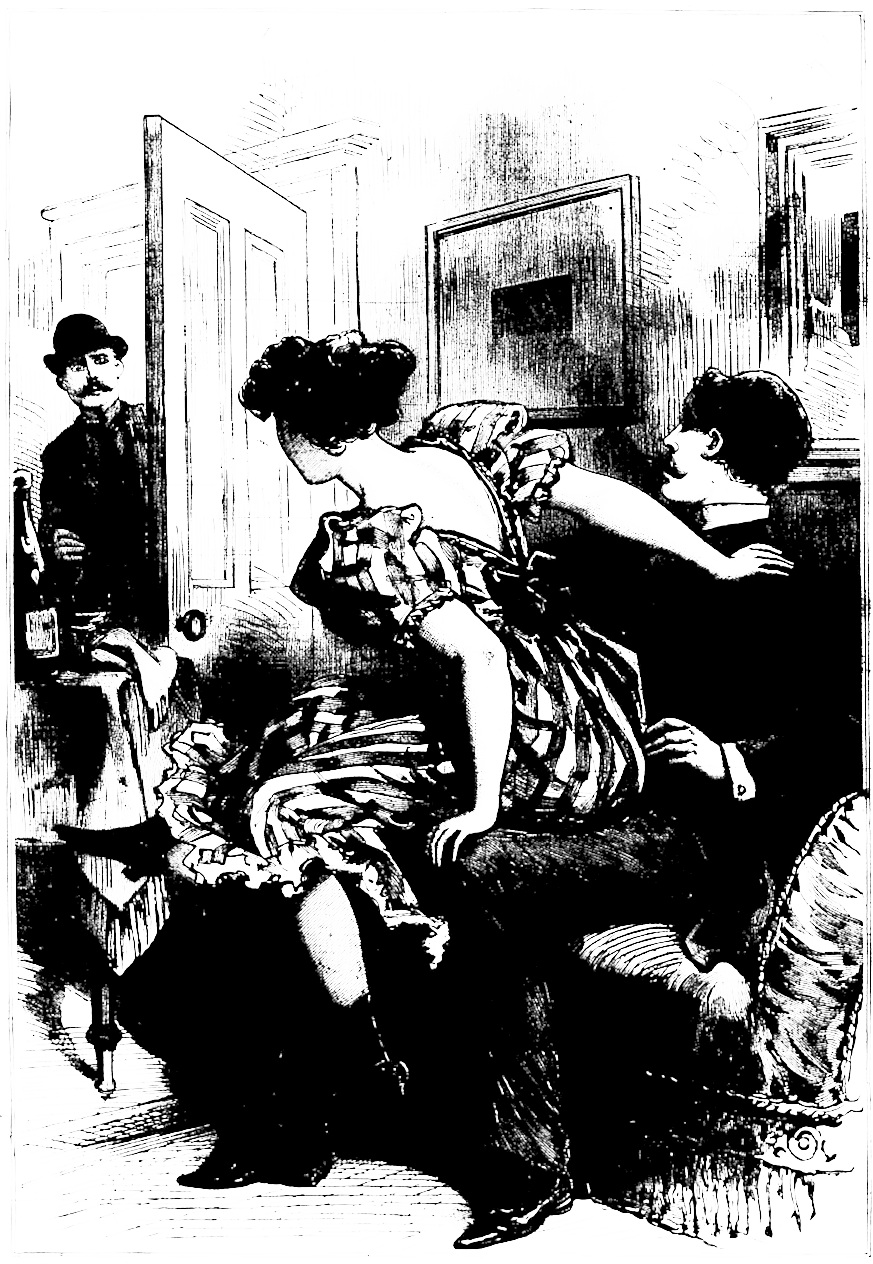 She was perched upon the knee of her gentleman friend at Saginaw, Mich., enjoying her delicious sweetness of mingled champagne and kisses. [more]

The usually quiet neighborhood in the vicinity of Union Park on Bond Street, Saginaw, Mich., is all torn up over the rumors which are being lisped about to the effect that an indulgent husband came home very unexpectedly one afternoon several days since and discovered his pretty wife entertaining a gentlemen friend of the family in her bedroom. The sight knocked the wind out of the poor man’s sails completely, for he never dreamed that his little wife was other that the personification of virtue. When he opened the door leading to his wife’s bed-chamber the guilty couple did not discover him at first. They sat with their backs to the wronged husband, the naughty wife perched closely upon the knee of the alleged friend of the family. Two bottles of champagne were on a table close by. There was no blood shed. The husband is not the man to fly to weapons, he prefers the divorce courts, and it is dollars to doughnuts that he will file a bill of separation. The “friend of the family” attempted all sorts of apologies, but the wronged husband turned him from the house in a rage and went straightway to his wife and informed her of her liege lord’s conduct. The news was a blow to the wife, who had always been complimented throughout the neighborhood for being blessed with such a model husband.

Since the unpleasant affair occurred all parties concerned have done all in their power to keep it a profound secret but like all other bits of rich scandal, the gossips have got hold of it and every woman in the neighborhood is eying the naught y wife with suspicion. She is such a ladylike little person that, even yet, her most intimate friends are prone to find her not guilty.