The frightful picture of crime and debauchery which has given notoriety to Mary Jane Cawley’s backwoods dive at Cookstown, N. J.

Pennsylvania - Scene in the Schuylkill County Prison at Pottsville - The "Prisoners' March" for exercise in the corridor.

Dr. Scott's Electric Corset. | What it is Coming to in Chicago. 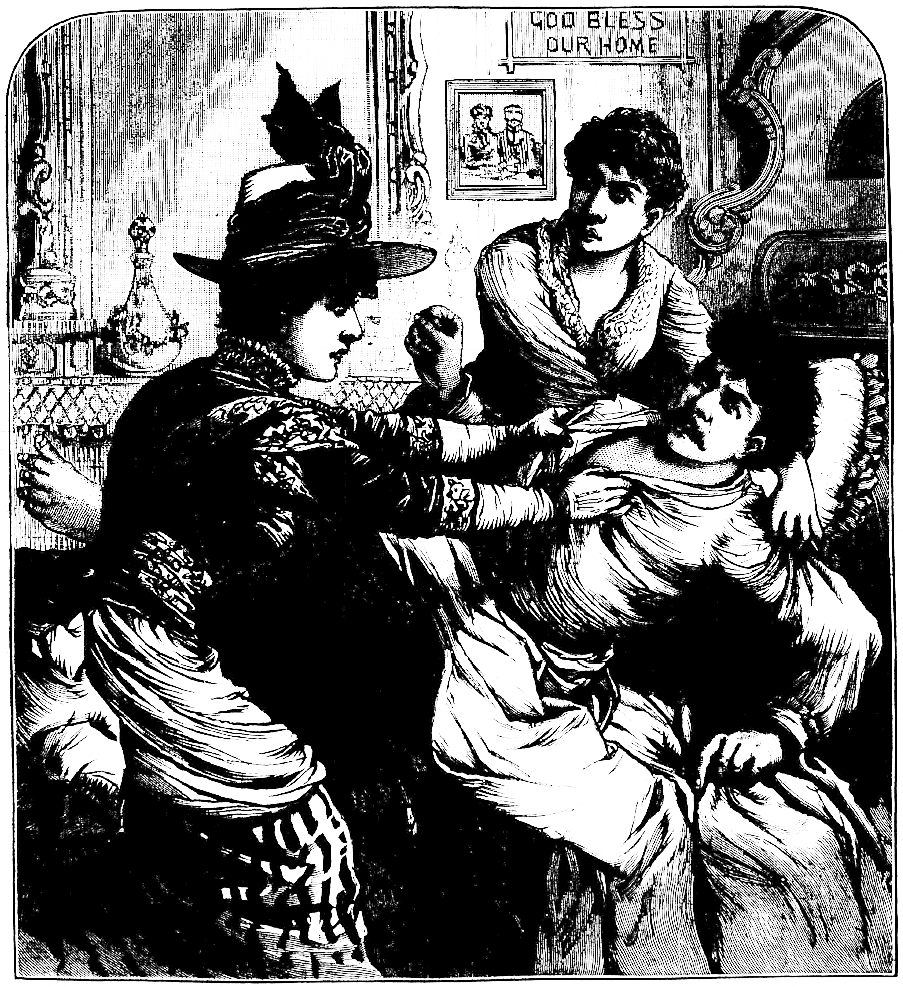 Harry Sommerville, of Lexington, Ky., is snatched from his bed by the mistress he had repudiated in order to marry another girl. [more]

A special from Lexington, Ky., Oct. 6, says: Several weeks ago Harry Sommerville, formerly one of Lexington’s most gifted and promising young artists, married Mrs. Belle Payton, widow of a Cincinnati saloon keeper. The match was not suitable to the lady’s relatives, with whom she has been living, and who had Sommerville in their employ, and the new voyagers on the matrimonial sea were driven away. They went to board with another relative of Mrs. Sommerville, but here their troubles multiplied. A few nights ago the wife of Alonzo Barnett, a conductor on the Cincinnati Southern Railroad, drove to Sommerville’s boarding house, and, going to his bedroom, where he and his wife were in bed, she commanded and forced him to get up, dress and go with her. Since then Mrs. Sommerville has never seen her husband, and she has fallen sick with fever, and is now at St. Joseph’s Hospital. It seems that Sommerville had been intimate with the Barnett woman before his marriage, and that as soon as she heard of it she went for him. All parties are well known here.