Boston detectives arrest two stylishly-dressed women while in the act of the shoplifting game.
More...
January 9, 2017

The Demi Monde of Paris. | January. 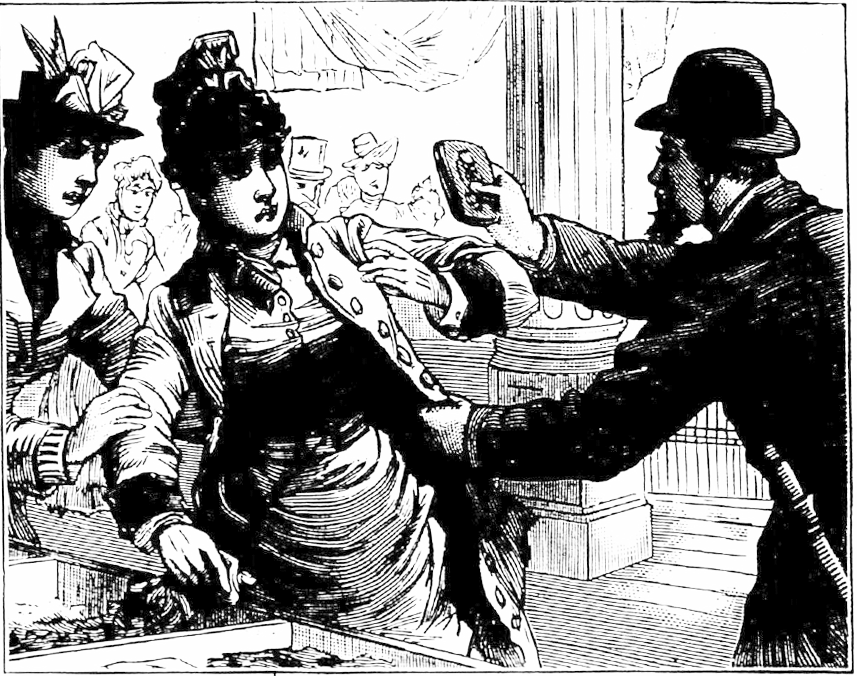 Boston detectives arrest two stylishly-dressed women while in the act of the shoplifting game. [more]

Two stylish, middle-aged women entered Houghton A. Dutton’s store, Tremont street, Boston, Saturday, stopped at the fancy goods counter and began to examine the goods. Both women wore long, fashionable cloaks, ample enough to attract the attention of the salesgirls and floorwalkers. They were Christmas shopping, but not having the money to buy they chose to steal such articles as met their fancy. They were suspected and watched.

Every time the thieving shoppers stopped their watchers stopped as well, and finally, after half an hour had been spent in this hide-and-seek game, the women were detected purloining. A policeman arrested them. They gave their names as Mrs. Ellen Norton and her friend, Lydia Wales, both respectable residents of Holbrook, the former being the wife of a prosperous leather merchant. Under their wraps, and in their pockets, was stuff enough for Christmas presents for several large families, from a button-hook to a piece of fancy china. Mrs. Norton’s husband gave bail, and both women were fined $5.