A Train of Cars Rushing Through Fire.

Traveling through fire—Fearful peril of a railway train, at Cedar Swamp, on the Eastern Railroad, Maine, Sunday, Sept. 17

Bayonets and Knives—A Sister’s Influence and Prevention of Murder.

In 1898, the Reverend Prescott F. Jernegan founded the Electrolytic Marine Salts Company to extract gold from seawater. When the gold ran out, so did Rev. Jernegan, taking the company’s capital. 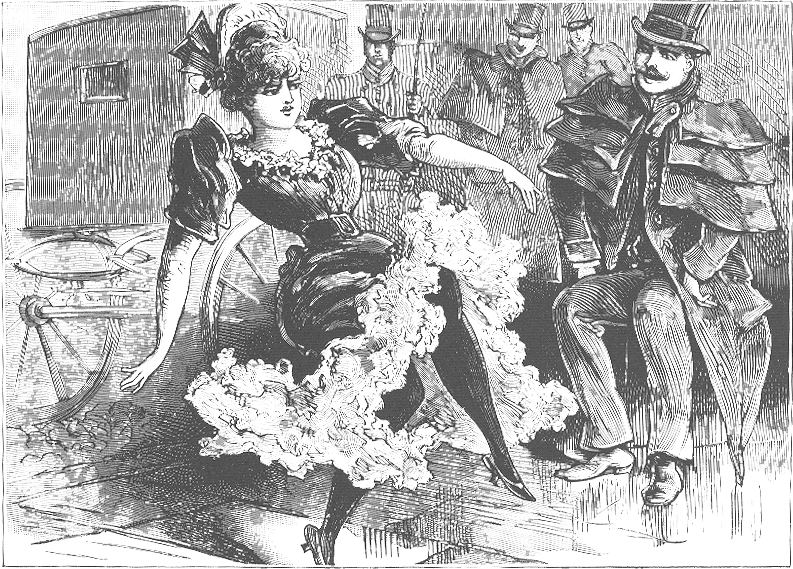 It was just 2 o’clock the other morning when Ida Lawrence reached Fifth and Vine Streets, Cincinnati, Ohio. She had a jag that would have poisoned an ordinary man.

But Ida was happy. She was still happier when she met with a crowd of all-night hackmen.

“Hain’t seen you for a time. Where’ve you been?”

And she danced a dance that made even the boy on the stone fountain blush. Behind a telegraph pole stood Officer Moffit. He sneaked over and stpped the performance by calling a patrol wagon. The next day he told Judge Gregg about it and the Judge sent Ida out for four months.