An Irishman and a Yankee Settle a Dispute.

An Irishman and a Yankee Settle a Dispute Across the Breakfast Table at their Boarding House in New
More...
July 18, 2016

Viagra Order Online <a href="https://apriligyn.com/">priligy for pe</a> Why Discard Amoxil After Expire

An Underground Stale-Beer Dive. | Another Voice for Cleveland

An Irishman and a Yankee Settle a Dispute. 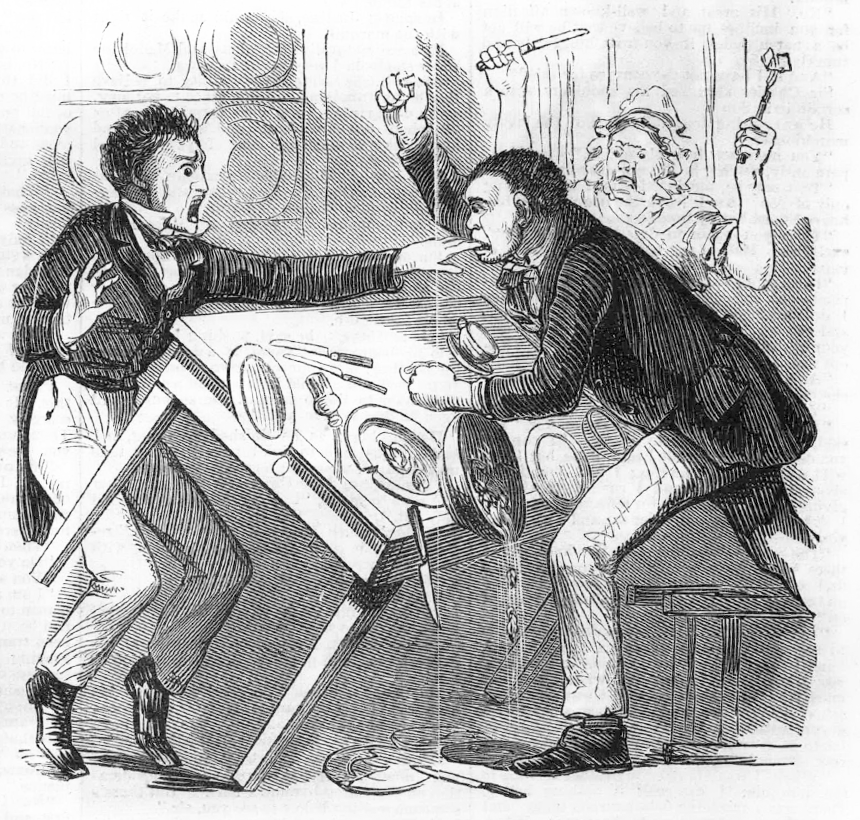 An Irishman and a Yankee Settle a Dispute Across the Breakfast Table at their Boarding House in New York.

An Irishman and a Yankee recently got into a dispute across the breakfast table in their boarding-house in New York and both became so angry that they determined to fight it out. The Yankee aimed a blow at the head of the Irishman, who dodged it, and seizing the wrist of his adversary he forced one of his fingers between his teeth and bit it until the poor Yankee screamed with pain. Nor did he then let go until he had severed the finger at the first joint. He was arrested on the charge of mayhem, and will no doubt be punished.