A gang of pickpockets go through an excursion train near Wabash, Ind.
More...
November 15, 2016

A Fancy For Horse-Show Week.

A Needed Addition to the Park Police of Every City.

A "Life-Saving-Mattress-and-Net-Brigade" for inexperienced Riders.

A father revenges an outrage on his daughter by pulling the wretch asunder; near Junction City, Kansas. 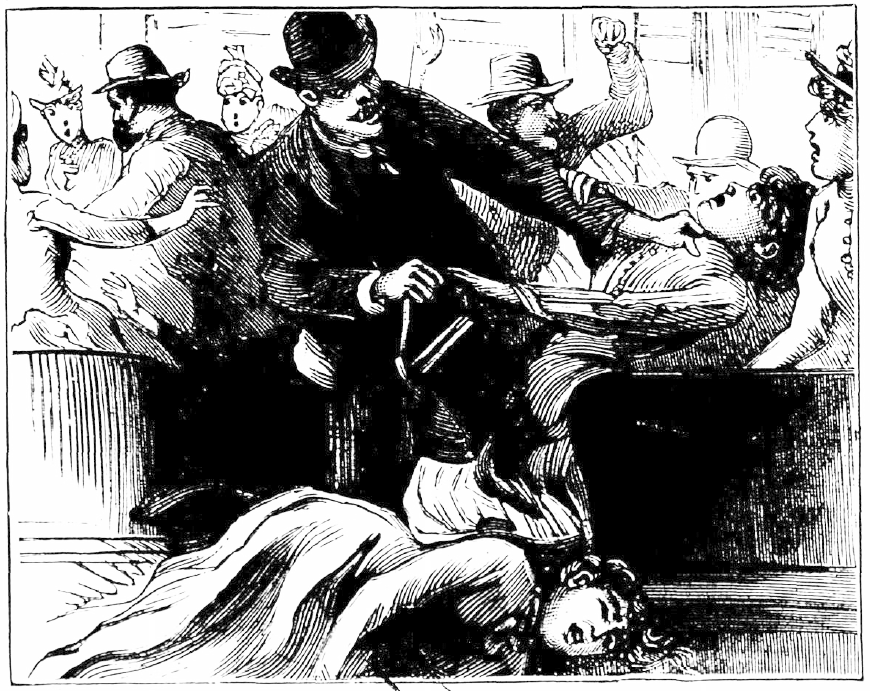 A gang of pickpockets go through an excursion train near Wabash, Ind. [more]

The excursion train from Goshen, Ind., on Wednesday night was raided by a gang of pickpockets, who inaugurated a reign of terror on the train. In one of the coaches reserved for ladies from Warsaw men climbed all over the seats, and it is estimated that fully two hundred people were jammed into the coach. Fights and brawls were frequent, during which the light-fingered gentry ton in their work, and whenever the trainmen rushed in to quell a disturbance the terrorized passengers would not dare to point out the thieves. The crooks, besides taking watches and pocketbooks, boldly stole checks out of passengers’ hats and rode on them. Several pistol shots were fired and one man was severely wounded. He was taken off the train at Warsaw. The ladies on the train screamed almost constantly and it is reported that several fainted.