A father revenges an outrage on his daughter by pulling the wretch asunder; near Junction City, Kansas.
More...
August 28, 2012 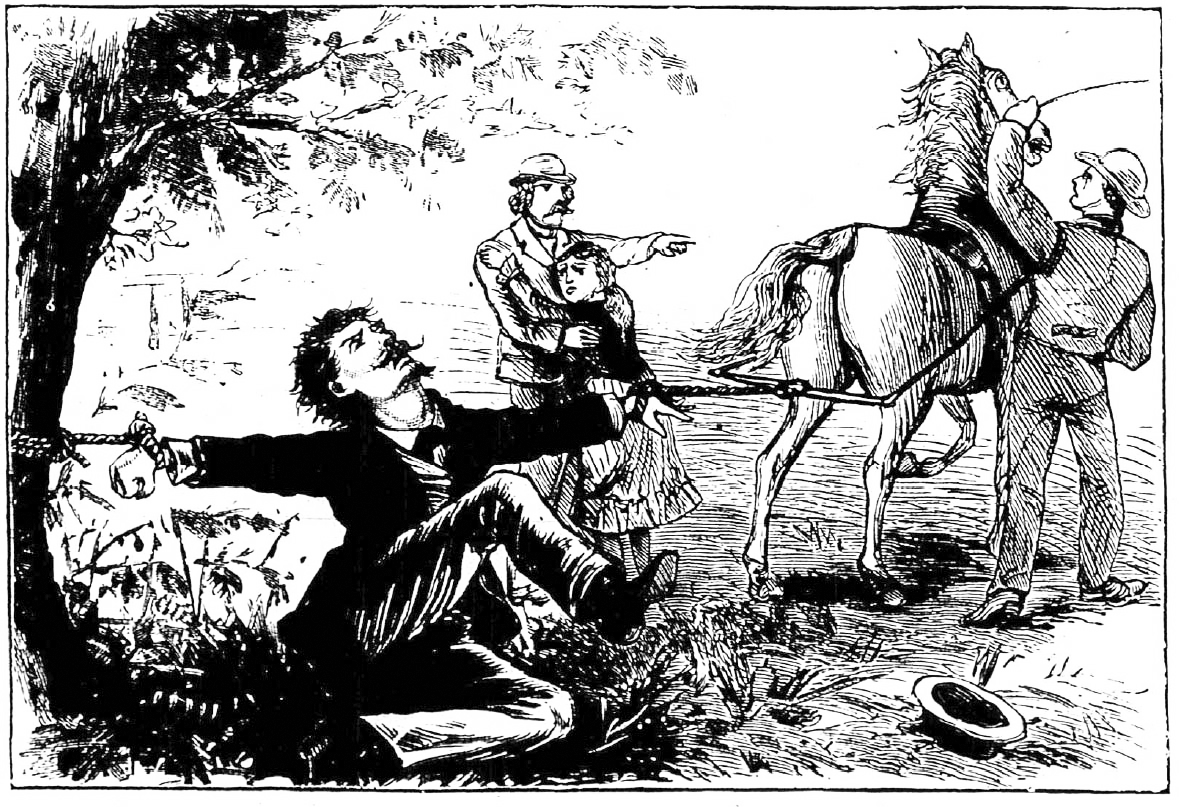 A father revenges an outrage on his daughter by pulling the wretch asunder; near Junction City, Kansas

B. Robinson, a horse thief and rapist, was treated in a way that should strike terror to the hearts of individuals of his stripe. He committed an outrage on a little German girl, and was caught by her father, who fastened him by one arm to a tree and hitched his horse to the other and pulled Robinson apart. The poor wretch died in about twenty minutes.

From The National Police Gazette, December 4, 1880