Welcome to The National Night Stick

Welcome to The National Night Stick 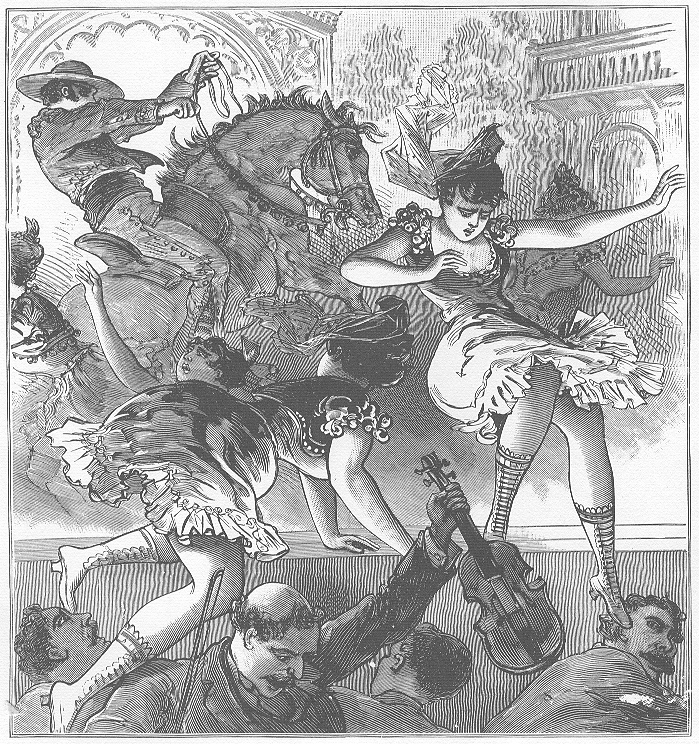 Crime, eccentricity, and the sporting life—that covers a lot of ground. Very simply, The National Night Stick is a history of America’s dark side.  Modeled after the “flash press” of the 19th Century, the Night Stick will deliver stories of the rogues, libertines, conmen, mountebanks and political grafters who made America what it is. Like the National Police Gazette, whose stunning illustrations brought criminals, prizefighters, and tight-clad chorus girls to every barbershop in America, The National Night Stick will endeavor to continually shock and dazzle the reader.

Crime
We will present all facets of 19th century crime. “Rogue's Corner” features a weekly mug-shot and criminal biography of a noted ne’er-do-well from the pages of Inspector Thomas Byrnes’s  Professional Criminals of America (aka Rogues’ Gallery.) We will also include a link Murder by Gaslight, the definitive site for 19th Century American Murder. And more often than not, the feature stories will include a bit of larceny.

Eccentricity
We will bring you the big ideas that came from an era in America when anything seemed possible—not the ideas that led to progress and invention, but dangerous ideas like train wrecks as entertainment, secret societies and private armies, religious movements that failed miserably and political machines that were all too successful.

"We follow vice and folly where a police officer dare not show his head, as the small, but intrepid weasel pursues vermin in paths which the licensed cat or dog cannot enter.”

Welcome to the National Night Stick!