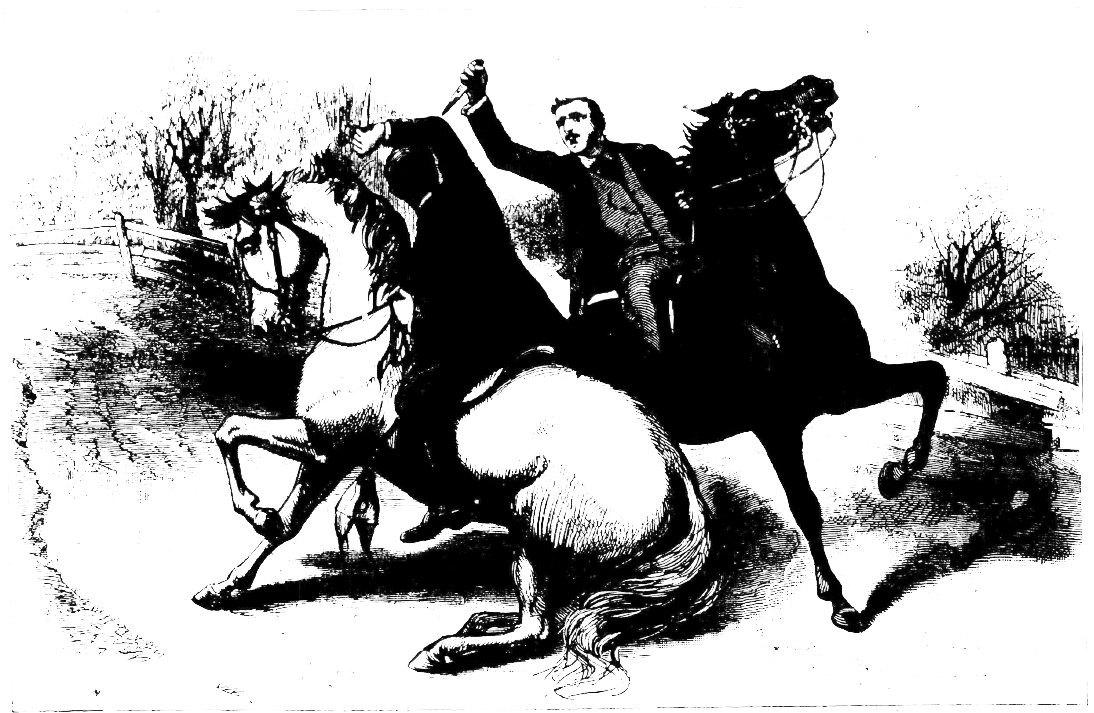 Two rivals for the affections of an Arkansas belle fight a desperate battle with knives.
More...
May 2, 2017

Photography's Abuse by Blackmailers. | Customs Inspections on the Canadian Frontier.

Two rivals for the affections of an Arkansas belle fight a desperate battle with knives and are horribly mangled near Bear Creek.

Two young men, cousins, named Austin Guthrie and Franklin Meyers, near Bear Creek, Ark., rivals for the affections of a young girl, quarreled and proceeded to blows. Both were on horseback, and drawing their knives they commenced a contest which lasted several minutes, both receiving fatal wounds. Meyers's arm was almost severed from the body and he was horribly about the face and breast. Guthrie was fearfully wounded in the head and body. Both fainted and fell from their horses. They were found unconscious in a pool of blood by the roadside.