Killed and Eaten by Hogs.

Their Name a Misnomer.

Henry Goodwin entered the office of his partner, Albert Swan, pulled out a revolver and shot him. 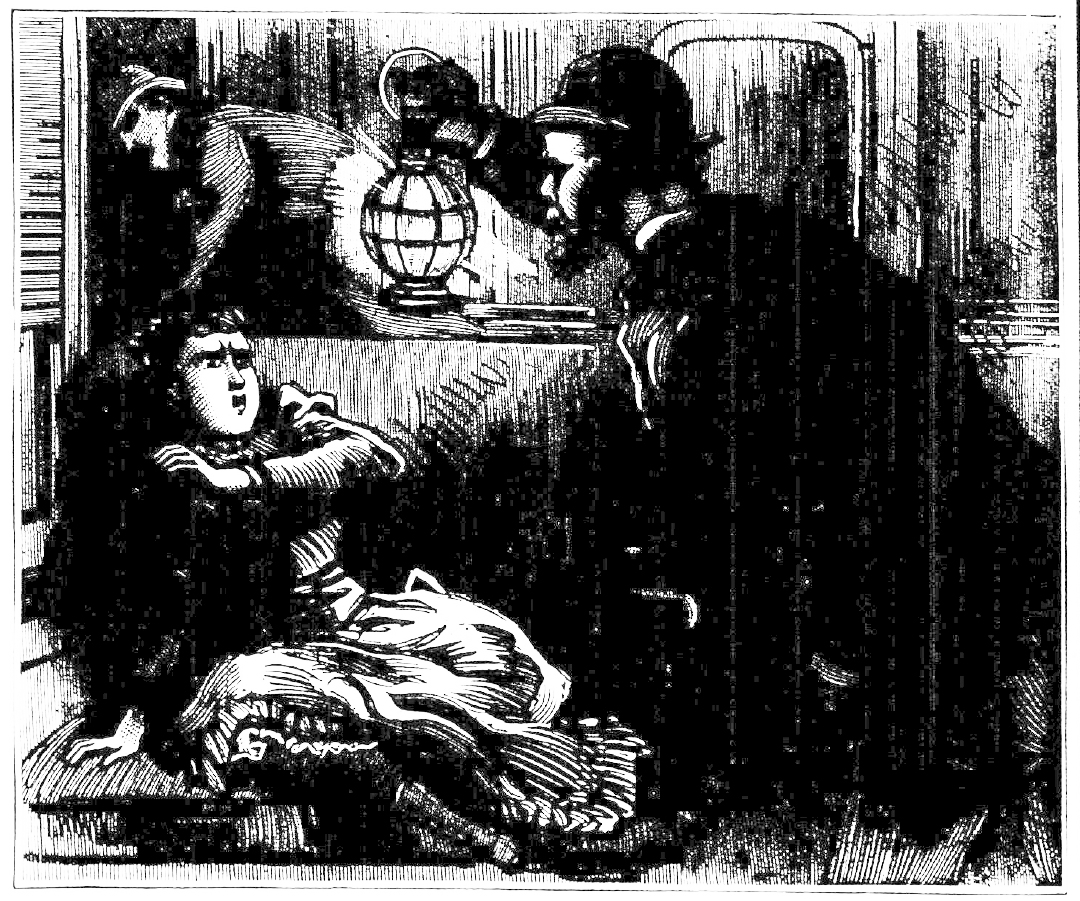 Mrs. Flo Smith, a young and handsome Newport, KY., Woman, caught in a compromising position with her paramour in an empty passenger car. [more]

The speaker was a handsome Newport, Ky., woman stylishly attired, and the party addressed was the night watchman at the Cincinnati, Lebanon and Northern Railroad yards. The woman’s wild talk and dramatic gesticulations attracted the attention of a large crowd. Naturally the guardian of the peace was somewhat awed at the startling admonition, but contrary to her expectations, he was not cowed down even a little bit by her wild and maddened theatrics. He simply told her to close her mouth and go on about her business, lest she get in to further trouble. The cause of the woman’s threats toward the officer naturally was inquired into, and it is briefly given below:

On the previous night, about 11 o’clock, the watchman in making his rounds through the C. L. and N. yard heard a rustling sound in one of the vacant passenger cars which was standing on the side track. He proceeded to investigate and cautiously open the door of the coach. He could discover noting until the rays of his lamp were cast between two seats in the middle of the car. Here he beheld a man and a woman in a compromising position.

The woman’s companion hastily arose and jumping over the seats managed to escape from the car. The woman, however, was not so fortunate and was caught by the watchman, who recognized her as Mrs. Flo Smith of Fourth and Monmouth Streets, Newport, Ky. She pleaded pitifully to be allowed to go home, and her request was finally granted. Her companion, who got away, was recognized by the watchman was recognized as a fellow who hangs around the vicinity of the C. L. and N. depot.

The mission of Mrs. Smith to the above-named locality was to put a quietus on the tongue of the watchman.

From The National Police Gazette, October 7, 1893