Snares for the Unwary. They Ran a Snide Game. | Wanted to Sit by the Widow.

Snares for the Unwary. 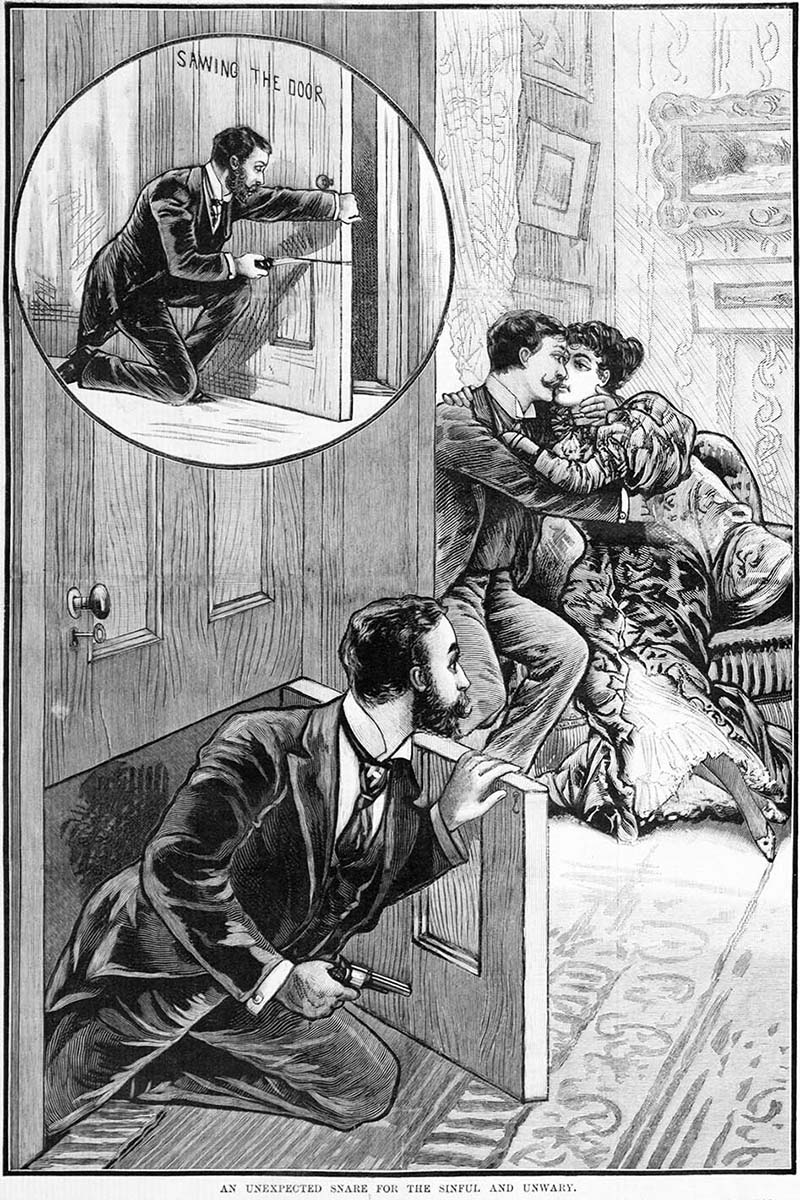 A more scared looking lot of prisoners than those gathered in from ten alleged disorderly cafes in the Eleventh Precinct in New York the other night has seldom been seen in Essex Market Police Court.

The policeman had been just three days obtaining the necessary evidence. The places raided were ten in number, and fifty-nine inmates were captured. Capt. Cortright instigated the raids.

"These cafes," said a New York detective, "do much more harm than any full-fledged disorderly house could do, for this reason: Men are on their guard not to be trapped in full-fledged houses of ill-fame, and in the old days, the best houses run by the leading madames were safer for a man's money and for chance of blackmail than any hotel in New York. The cheap cafes and coffee houses are now simply sitting places for 'skin' Mollies and fishing grounds for adventuresses and women who ply their persons to trap men for the purposes of robbery.

The panel house is an old form of crooked joint. The 'sawed door' joint is quite common now as the resort of the coffee house dames when they have trapped a countryman or a gudgeon. A heeler who has one of these sawed door joints will have half a dozen different women running their prey to his joint. He does the 'unexpected return' act and, carrying a revolver in his hand, he and the women shake down the victim and shanghai him into the street. There are very few kicks.''

If the badger workers concerned in these jobs are caught it is seldom that the money is ever recovered. And it there is no money to be regained, the victim says to himself: "What sense is there in exposing my own folly and sending good money after bad?"