Downed by Kindness After defying a host of armed keepers, James Driscoll, in the Trenton, N. J. Sta
More...
January 12, 2015

Commencement of the Heated Term—Swells and Belles at the Mountains and on the Sea Shore.

On The Beach at Newport, Rhode Island.

On the Beach at Newport, Rhode Island.

Every Dog Has His Day.

No, this man has not been sunstruck. He has just inquired of the other man going up the street: "Is it hot enough for you?"

While New York is by no means the hottest city in the country, there have been a few days during the present season when the temperature reached a height altogether incompatible with human comfort.

Song of the Great Blizzard. | Cheating the Liquor Laws. 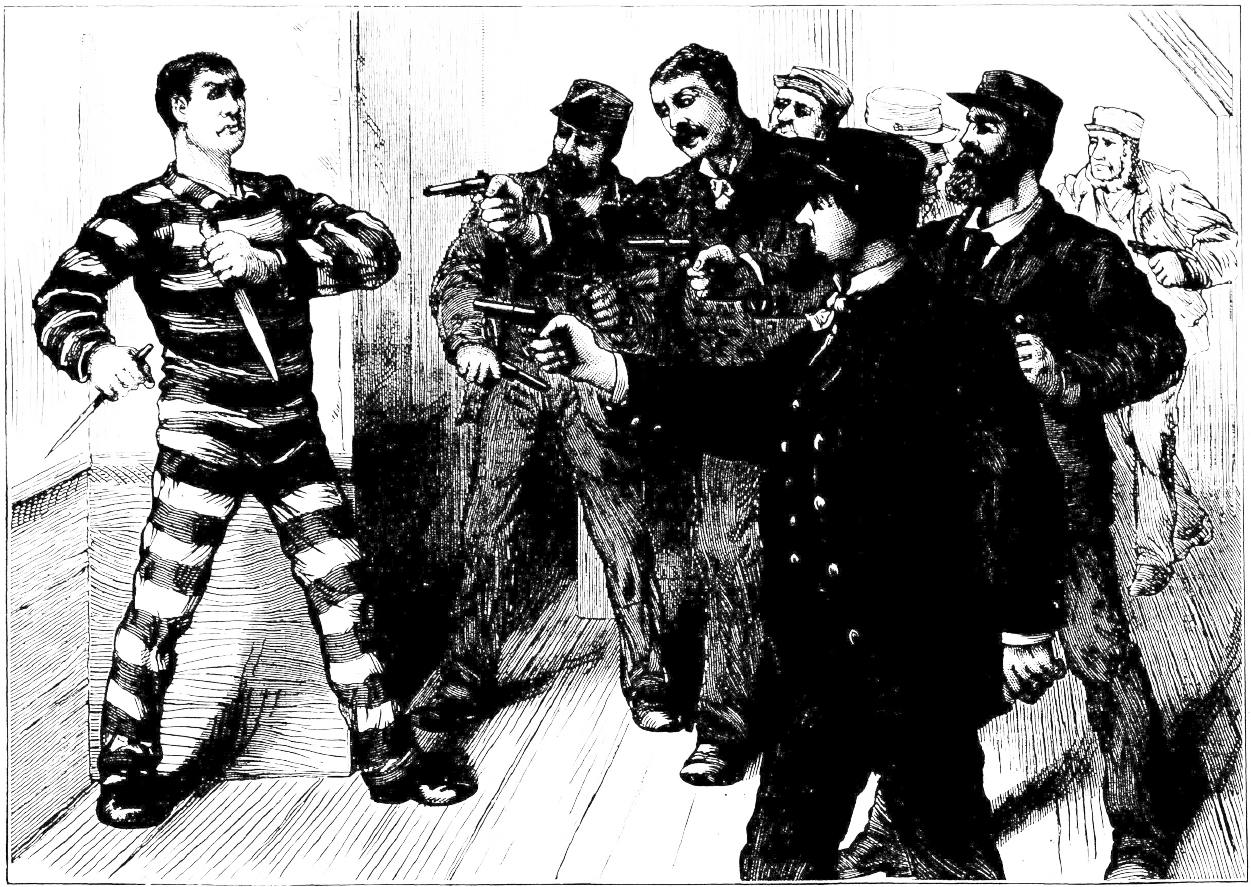 Downed by Kindness.
After defying a host of armed keepers, James Driscoll, in the Trenton, N. J. State prison succumbs to a gentle word. [more]

One convict causes a great commotion in the Trenton (N. J.) State Prison, Tuesday week last. On the afternoon of that day the prison alarm signal was rung for the first time in many years, and deputy keepers and guards came. They found all the prisoners at work except James Driscoll, a powerful convict, who had been sent from Passaic for two years for burglary. He stood in one corner near the elevator, armed with a heavy chisel and a long needle. In from of him stood tow deputy keepers covering him with their heavy revolvers.

The other prisoner were removed from the shop and then the head keeper stepped up to Driscoll, around whom a dozen keepers were clustered with drawn revolvers. “Driscoll,” he said, “if you don’t lay those things down in five minutes we will shoot.”

“Shoot and be d—d. I will have one life anyway.” Replied Driscoll, doggedly. The keeper held his watch in his hand and told off the minutes as they passed.

“One—two—three—four—“ “Don’t shoot!” interposed Prison Inspector Cartwright, who was an eye-witness of the scene, and whose word is law in the prison. “Give him time to consider.”

Arguments were used in vain. Driscoll refusing to lay aside his weapons. Inspector Cartwright finally realized the extreme measures would have to be resorted to and started to leave the room, but as he closed the door he changed his mind and returned with the determination to prevent bloodshed.

“Hold on! Wait a moment,” he said, as he advanced toward Driscoll, despite the efforts of the keepers to restrain him. “Now, look here, young man,” said the inspector, he stood within five feet of the prisoner, “you are throwing your life away. Do you know me?”

“No, I don’t know you, and I don’t want to know you,” answered Driscoll, as he brandished his weapons.

“I am one of the inspectors and it is my duty to protect you. That is what I am here for. My name is Cartwright. “

If your name is Cartwright you have got a good name in this prison. If you will send these hounds away from here I will go anywhere with you.” Said Driscoll, taking both weapons in his left hand, and allowing the Inspector to take him by the right. After nearly every official had left the room, Driscoll laid down the weapons and waited quietly with the Inspector to the rotunda. Driscoll was then handcuffed and placed in the dungeon on bread and water. The immediate cause of Driscoll’s revolt was an order of Deputy Keeper Ashley for him to stop singing, which he refused to obey.

Driscoll has the reputation of being very unruly. He has served a term on Blackwell’s Island for burglary, and also ten years in Sing Sing for the same crime and shooting a policeman in New York.