The Scheme of a Conscienceless Adventurer in New York - "Chippies" his Accomplices in Trapping Old Sinners into Hush-Money Situations.

You will Miss the Treat of Your LIfe if You Fail to Read It.

A father revenges an outrage on his daughter by pulling the wretch asunder; near Junction City, Kansas.

It Was Another Kind of Cat. 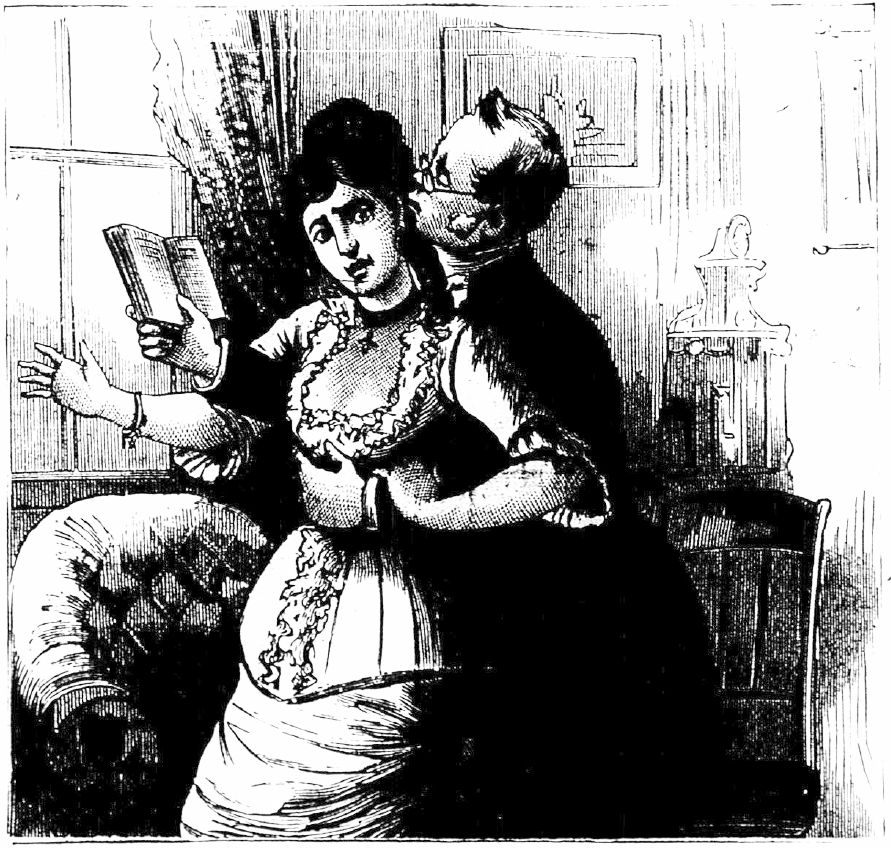 A parson while instructing a pretty parishioner how to sing psalms forgets his duty and indulges in other exercises; Branchville, N. J. [more]

Placed Under Bonds to Answer a Charge Made by an Indignant Husband—Kissing and Squeezing Alleged.

The usually quiet village of Branchville, Sussex county, N. J., was startled from its propriety as by a galvanic battery, on Thursday last, when Rev. Thos. D Frazee, pastor of the Methodist Church of that place, was arrested by Constable Dillotson on a charge of attempting too much and violent familiarity with Mrs. Albert Halstead, a pretty young member of his church. Branchville has only six hundred inhabitants, and since the arrest they have been busy with the pastor’s name and fame in a manner that does not add greatly to his ministerial credit.

The principal of these stories has been sworn to by Mr. Albert Halstead, the husband of the lady who makes the charge against Mr. Frazee, and is in a fair way to come before the courts at an early day. The story that Mr. Halstead tells is as follows:

About a week ago Mr. Frazee came to my house for the avowed purpose of teaching my wife, who is a member of his church, how to sing some Hymns that he wished to have sung in church. Upon his very first visit he attempted to kiss her. She objected, and he told her it was no harm for her to allow such familiarity to her pastor. He then produce a hymn book and stinging behind my wife held the book in front of her face, his arm under hers, he looing in the book over her shoulder. This was bad enough but he kept time in an improper manner.
My wife did not notice this at first because she thought he did it innocently; but after a while it he became more emphatic in his time-beating motions, and my wife, disengaging herself from his embrace, asked him what he meant by such conduct. He feigned surprise at her thinking he intended anything improper, and left. On Monday of this week, he came to my house again, and my wife’s little sister being in the room, almost the first thing he did was to send her out for some peaches.

No sooner had she left the house than he made improper proposals to my wife, and on her resenting the insults, he attempted to force her to yield to his unholy desires; but in this, thank God, was not successful, and alarmed at my wife’s screams, he hastily fled from the house.
On the following day he returned and asked my wife to shake hands and make it up, but she refused and ordered him from the house. I was not at home at the time, but as soon as I heard of Mr. Frazee’s conduct I called on him in relations to the matter. He did not deny the charges I made against him, but told me I had better let the matter drop, as I was a poor man and people would not believe me. I told him that if I was poor I was honest, and that I intended to show him whether people would believe me, and I have cause his arrest as the readiest way of determining the matter.

Mrs. Halstead is about twenty years old and bears an excellent reputation in the village and wherever she is known.

Rev. Mr. Frazee is about thirty-five, has an amiable wife and one child. In addition to being pastor of the Branchville Methodist Church, of which he has been in charge for about eighteen months, Mr. Frazee is one of the editors of a Newark religious paper.

Mr. Frazee was placed under bonds to answer the charge preferred by Mr. Halstead, and the matter will be investigated.

Reprinted from "A Minister's Scrape." The National Police Gazette 9 Oct 1880.