How a Doctor Kept a Morphine Fiend from Killing Him With a Long-Bladed Surgical Instrument.
More...
June 21, 2022

For over forty years, beginning around 1830, Marie Laveau was the most powerful and most feared woman in New Orleans.

Independence Day in the Country. | Done Up by Dizzy Blondes. 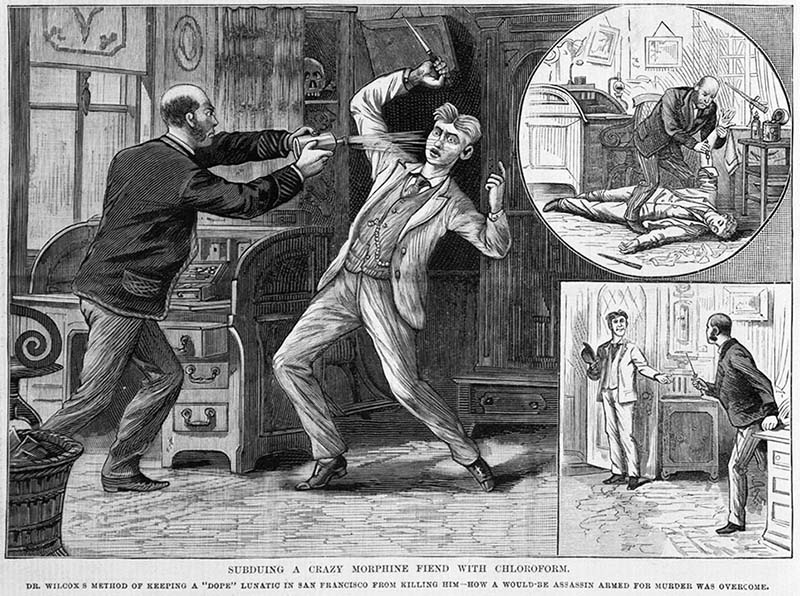 A young man with the sallowness of complexion that betokens the excessive use of morphine called at the office of Dr. W.O. Wilcox in San Francisco, April 12, and commanded the physician to give him one "shot" of the drug. The fiend was armed with a surgeon's knife, the blade of which was six inches long, and he volunteered to cut the doctor's heart out.

Dr. Wilcox dashed part of the contents of a six-ounoe bottle of chloroform in the face of the fiend as he made a lunge with the knife. This stopped the wild man for an instant, and the doctor saturated a handkerchief. As the fiend sprang at him a second time the physician pressed the handkerchief to the fellow's nostrils. The fiend sank to the floor and the doctor gave him a "shot" of morphine.

When the fiend regained consciousness he informed the doctor that he had had a really charming visit, adding as he left the office that he would call again, would not forget the number, and would speak a good word for the house. Dr. Wilcox says the next "shot" he gives the fellow will be powder and ball.