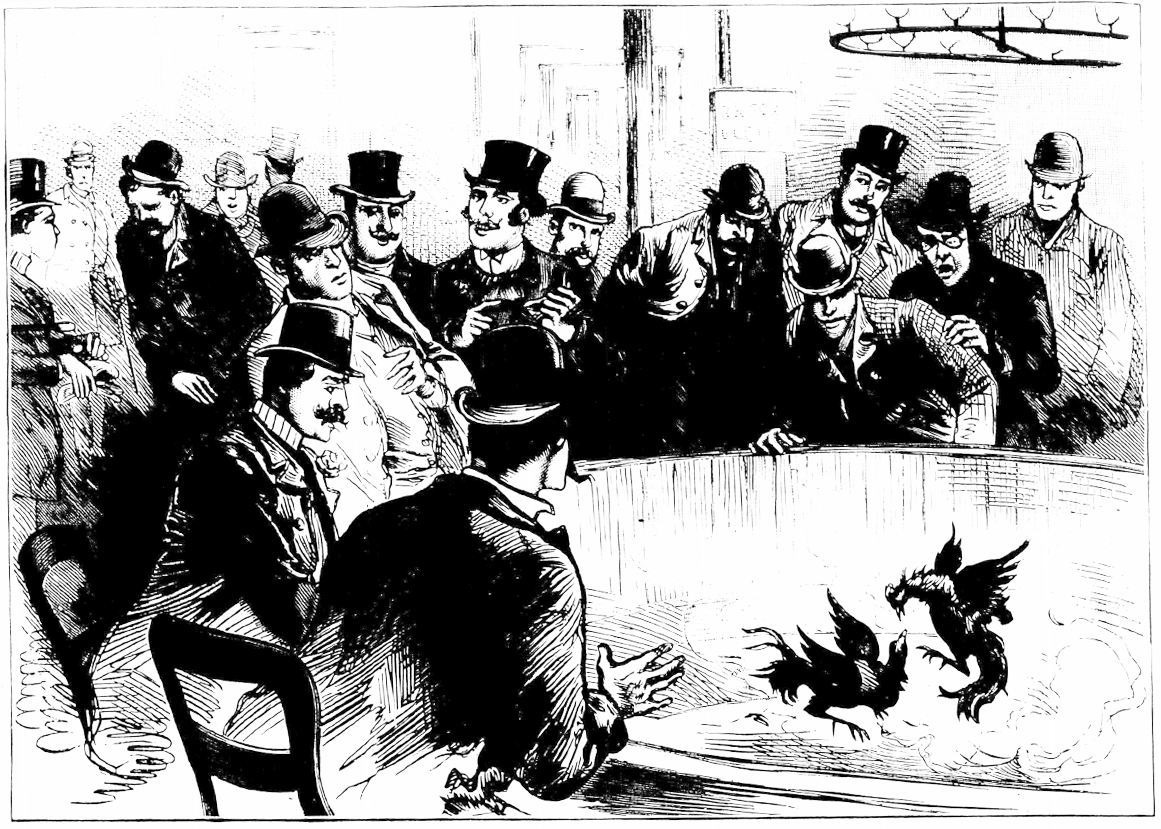 A Hidden Skeleton. | The Cruelties of Fashion.

The great cocking main, $100 each battle and $2,000 the odd fight, between Siedge & Hanna’s Arkansas Travelers and F. E. Grist’s strain of Shawl Necks of Fort Gaines, Georgia, was decided in a tent recently at Fort Gaines. Twenty-one cocks were shown and nineteen matched. The Georgia fowls won by three battles. The most important battle was the eleventh. It was between the pick of the two divisions. Arkansas pitted a blue red, weighing five pounds three ounces, named John L. Sullivan, while Grist pitted a black red. The latter was Grist’s famous and favorite cock named Richard K. Fox, in honor of the editor and proprietor of the Police Gazette. Large sums were wagered. Richard K. Fox had decidedly the advantage, and won amid great rejoicing. John L. Sullivan’s wing was broken during the encounter. The tournament lasted one week, and over three hundred back battles were fought.