Clubbed by a Wronged Wife.

A Human Vampire. | Sights and Sounds of Spring.

Clubbed by a Wronged Wife. 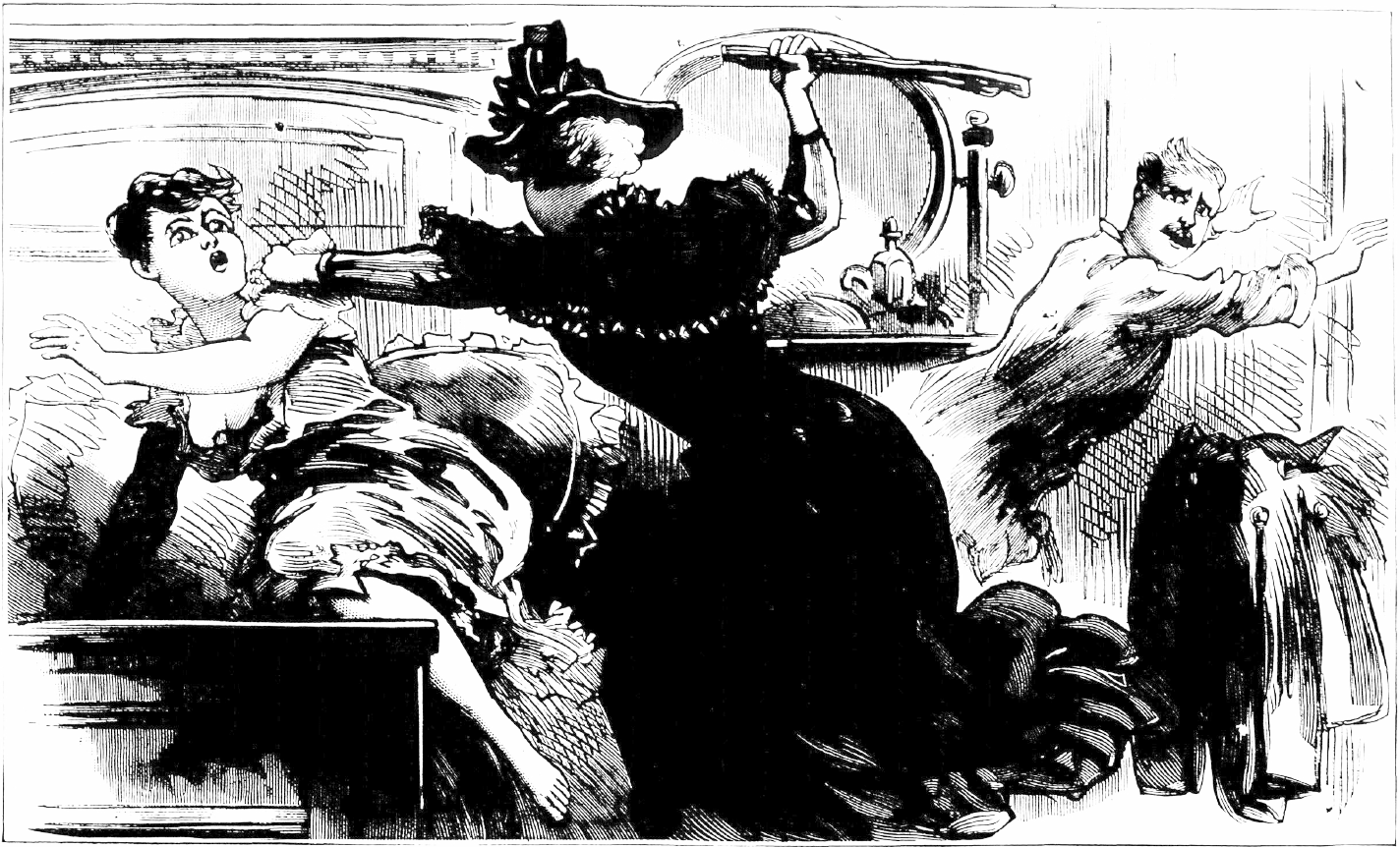 A Kentucky Wife Administers a Very Severe Punishment to her Husband and his Paramour. [more]

For some time the wife of Mr. Clay Henry, a well-known resident of Corinth , Ky., has suspected him of infidelity, and has several times been informed of his frequenting Madame Bricey’s resort. This, however, Mrs. Henry refused to believe untie the other day, when she went out on a still hunt, and proved to her own satisfaction that the rumors were true. Immediately after his Sunday dinner Henry arose from the table, saying he was going into the country for a drive with a friend. Mrs. Henry tried to persuade her husband to spend his Sunday at home, but he was obstinate and left the house. Mrs. Henry suspected that he had gone to some resort, and along toward evening started out to find him.

Proceeding to Madame Bricey’s house she saw a girl inmate hanging out of a window. Mrs. Henry asked the girl if Mr. Henry was in the house, and the soiled dove replied that he was not. This did not satisfy Mrs. Henry. She slipped around the house and coming to a side entrance peeped in. There she saw her husband and Mrs. Bricey occupying the same bed. Mrs. Henry rushed in and seizing a stout stick of wood began to rain blows upon her wayward husband and his companion in sin. With the fury of a tigress the wronged wife beat both offenders until they sprang from the bed and rushed from the house.

Mrs. Henry gave pursuit to her husband, but he could run faster and soon escaped. He has not been seen since, and has fled for parts unknown. Mrs. Bricey returned to her resort as soon as the coast was clear. She was considerably bruised up about the face and arms, and will show signs of the clubbing she received. As Mrs. Henry and her club devoted more time to Mr. Henry than Mrs. Bricey, it is certain that he is pretty badly damaged. It is thought Henry went to Cincinnati, and will remained there until the excitement blows over.