Won on the Midway. | Turkey Shooting. 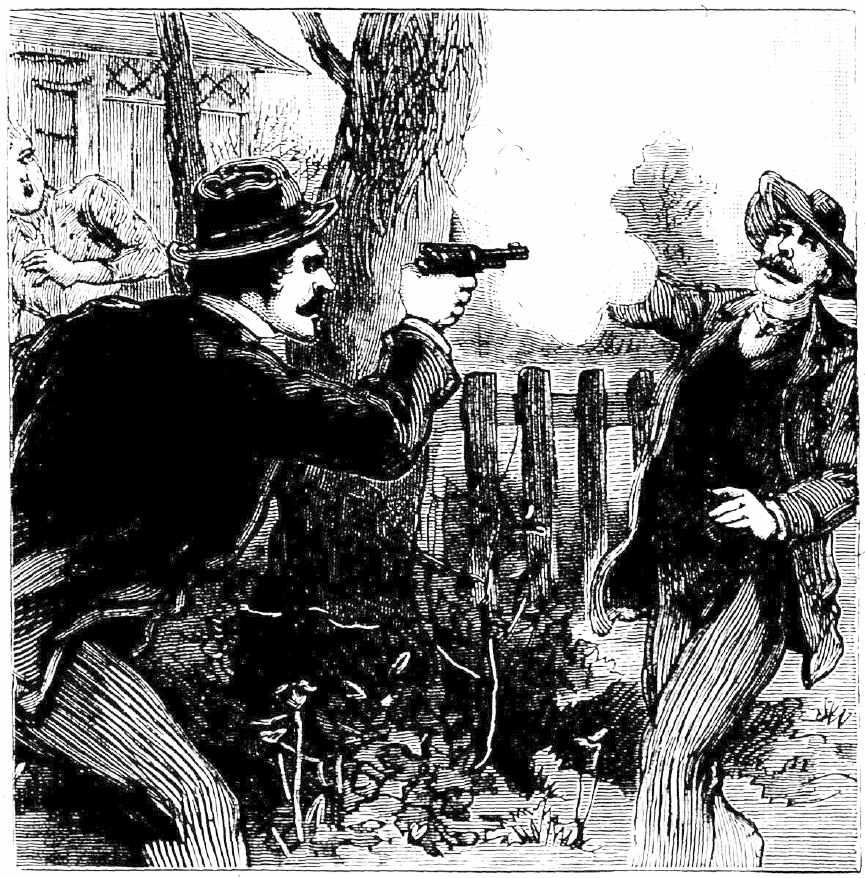 Michael O’Toole of Edgewood, Maryland, goes for his bride but gets bullets and hot water instead.[more]

Michael O’Toole, a section hand on the Philadelphia, Wilmington and Baltimore Railroad, was brought to the Baltimore City Hospital recently, suffering from several pistol wounds. O’Toole had been shot in the left shoulder and in the hip, and was suffering intensely from his wounds. He stated that he lived at Edgewood, about thirteen miles from Baltimore, and was engaged to be married to Kate Callahan, who lived a short distance from his home. He visited the girl and made arrangements to be married at Abington but Rev. Father Sartoria. Charles Callahan, a brother of his betrothed, warned him off the place, and when O’Toole called for the girl, Charles again appeared. Bitter words passed, both produced revolvers and began blazing away. Callahan slipped behind a tree, and from this point of vantage hit O’Toole twice. Callahan is said to have escaped unhurt. To add to O’Toole’s ill luck Mrs. Callahan dashed a pail of water over him and his face is scalded.