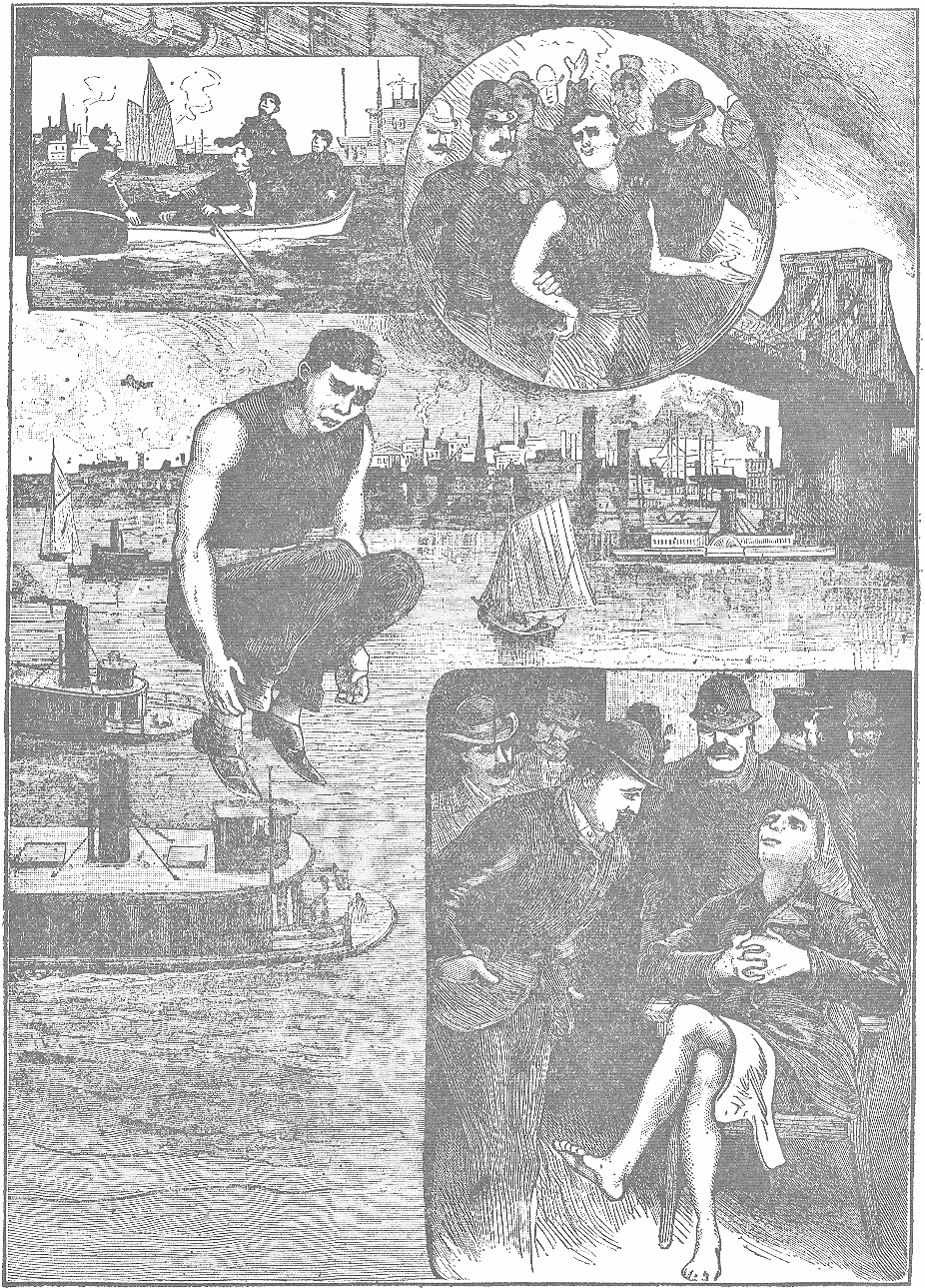 The great game recently played between teams representing the colleges of Princeton and Yale, on the former's grounds, Thanksgiving Day.

She Went into the Scrimmage.

New York, New York – July 23, 1886. 23-year-old Steve Brodie, Bowery newsboy and “long-distance pedestrian," made a miraculous 120 foot leap off the Brooklyn Bridge into the East River and lived to tell about it. Friends waiting in a rowboat below pulled the dazed but unharmed Brody from the water and rowed him to shore. He was arrested for attempted suicide and taken to New York’s Tombs prison, but his lawyer successfully argued that there was no statute under which could be held. The charge of suicide was ridiculous because Brodie had made the jump to win a bet.

Steve Brodie was an instant celebrity, becoming the public face of the Bowery, the most notorious neighborhood in America. The stunt made headlines throughout New York and Brody was paid $500 a week to appear at Alexander’s Museum. The problem was, no one outside of Brodie’s entourage actually saw him make the jump. A reporter named Ernest Jerrold (whose byline was Mickey Finn) tracked down and interviewed everyone near the bridge that day and confirmed that no one unconnected with Brodie saw him leave the bridge. It was suspected that a confederate had dropped a weighted dummy from the bridge while Brodie waited in a rowboat below. On the signal he slipped into the water and emerged at the spot where the dummy hit. 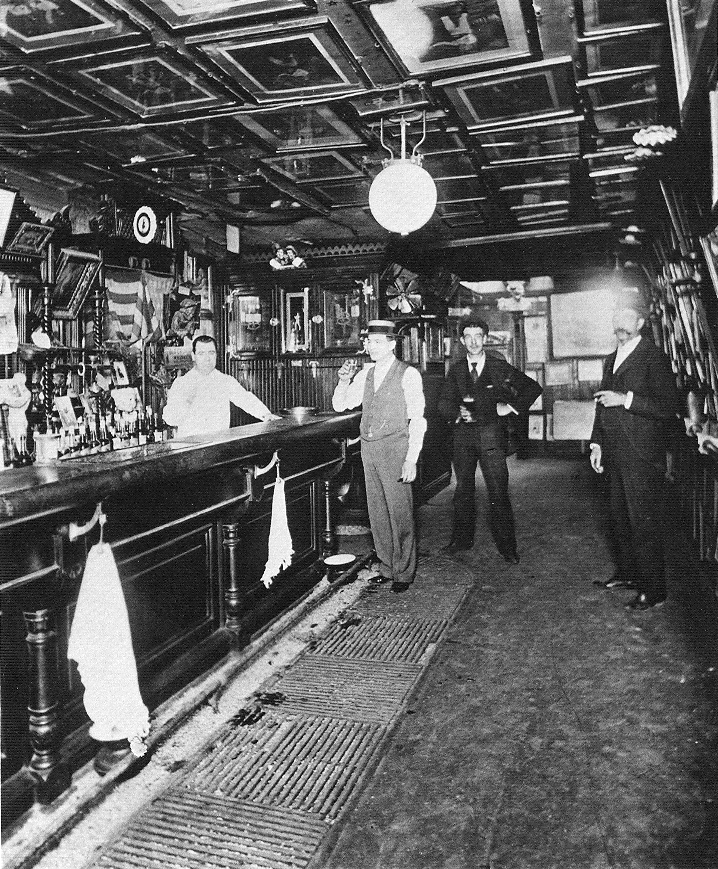 The public ignored any skepticism and passionately embraced the story of Steve Brodie’s leap from the Brooklyn Bridge. He opened a saloon in the Bowery that became a popular hangout for sporting men and prize fighters such John L. Sullivan, Jim Corbett, and Jim Jefferies. It was also a major tourist attraction, and when the boxers were not in attendance he would hire actors to portray them for the benefit of out-of-towners.

Brodie continued his bridge jumping career by allegedly leaping from the Poughkeepsie bridge, the Harlem High Bridge, the Cincinnati Suspension Bridge. He also attempted to swim the Niagara rapids in a rubber suit. In 1894 he starred in a hit musical play called On the Bowery in which the hero jumps off the Brooklyn Bridge to save the heroine. He played the part with an extreme Bowery accent, singing the centerpiece song “My Pearl” as “My Poil is a Bowery goil…”

Steve Brodie was a master of self-promotion, constantly making headlines. In 1891, when New York was in a frenzy over the Jack-the-Ripper-like murder of prostitute Carrie Brown, Brodie reported he had found a piece of the dead woman’s intestines in front of the hotel where she was killed. The coroner later determined that it was a cat’s intestine. Everything Brodie did was big news until 1898 when he faked his own death. He was in Cleveland performing with Gus Hill’s vaudeville company in a sketch entitled “One Night in Brodie’s Barroom” and reportedly suffered a heart attack on stage. After Brody triumphantly appeared alive back at his saloon, the papers were reluctant to take any more of his stories at face value.

Steve Brodie died (for the last and final time) of tuberculosis, in San Antonio, Texas, on January 31, 1901. He had left New York several months earlier and moved to Texas to “die in peace.” In St. Louis an admirer asked him about his health and his bridge-jumping experience. The ever-colorful Steve Brodie replied:

“Well, young feller, its hard ter say, even if yer say it fast, but me time’s come. I’ve got the ‘con’ for fair, and I’m as good as a dead corpse. Bridge-jumping? Say. You take an old fool’s advice. If yer wanter get off the car, just reach up and pull the strap, and wait till it stops. See?”