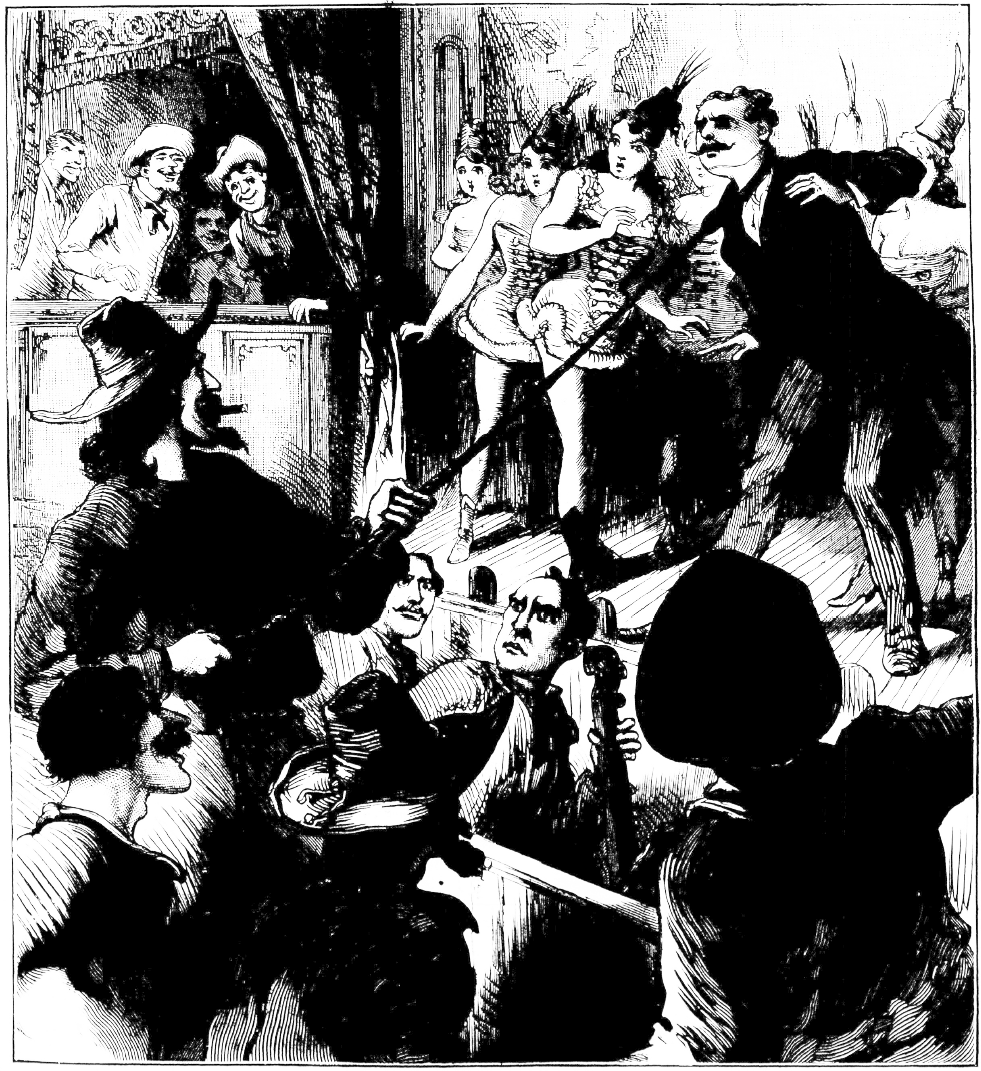 The manager of a dizzy blonde troupe is lassoed by an indignant cowboy at Dodge City, Kansas.
More...
January 18, 2016

After the Boys. | Disguised as the Devil.

He Had Him on a String.
The manager of a dizzy blonde troupe is lassoed by an indignant cowboy at Dodge City, Kansas.

One of the variety theatres at Dodge City had for an attraction a company composed of gaudy-stockinged blondes. The performance was awful in its wretchedness, and in no time the boys got uneasy and the whiskey in them began to call for fun. Joe Hooke rose gravely, called the performance to a halt and asked for the manager. The impressive gentleman came into sight on the stage and asked what he wanted. Joe told him that a show, to be a success, should be plentifully sprinkled with local talent. The manager haughtily declined Joe’s offer “to speak a piece.” But his indignation was soon cut short by the whizzing of a lariat and stern reminder that any kicking would speedily be followed by strangulation. Joe mounted the stage and ordered the orchestra to play somethin’ right sneaky like, and began a long piece to the effect that:

In de days of old
We ‘uns all had gold
In fac’ till quite recen’ly
When we ‘uns held a wake
On New York Jake,
But cudnt bury’im decen’ly

After that the performance proceeded until one of the boys, taking it into his head that the big fiddle was a nuisance, threw a lasso over the neck of it, and started for the door. The instrument was a complete wreck in a minute. The boys then began to lasso the girls on the stage, who were engaged in an American march, and in less time than it takes to tell it there was not a light burning in the house.