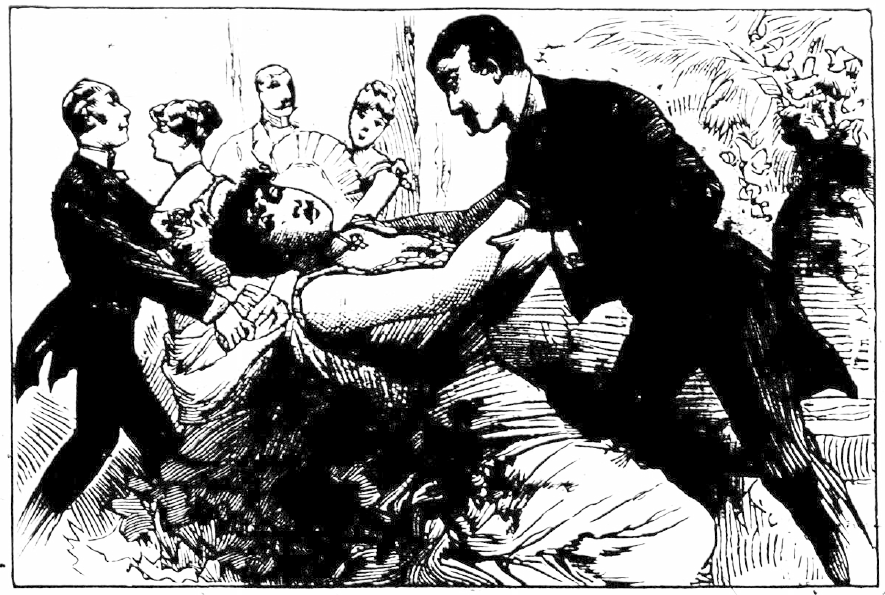 The bursting of an artery due to tight lacing causes the death of Miss Mary Crawford of Detroit, Mic
More...
December 1, 2015

Mrs. Bested seized by two men while giving a séance at Hartford, Conn.

| Unmindful of their Attire.

The bursting of an artery due to tight lacing causes the death of Miss Mary Crawford of Detroit, Mich.

The craze for slender waists found a victim Saturday night at Detroit, Mich., in Miss Mary Crawford, who was attending a dance. In the midst of the quadrille she suddenly cried and fell, but was caught by her partner, who carried her to a lounge, where she seemingly fainted. It was found impossible to resuscitate her, and a physician was summoned who pronounced the young lady dead. An examination revealed the fact that she had died from tight lacing, the stays in her corsets having been drawn so tightly that her flesh lay in folds beneath, so that the exertion of dancing caused the bursting of a blood vessel. Miss Crawford was to have been married today, and her betrothed is completely prostrated.