A New Attraction to the Ball Room Invented by a New York Genius for the Benefit of Bashful Men and U
More...
April 26, 2016

One of the most thrilling disasters at sea that has happened for many years.

In the Jaw of the Man-Eaters. James E. Hamilton of Lake Worth, Florida, is Devoured by Sharks.

Gertie Carmo, a Female Aeronaut and Trapeze Performer, Hurled to the Ground and Instantly Killed in Detroit, Mich.

The burning of the steamer John H. Hanna near Plaquemine, Louisiana, by which thirty lives were lost 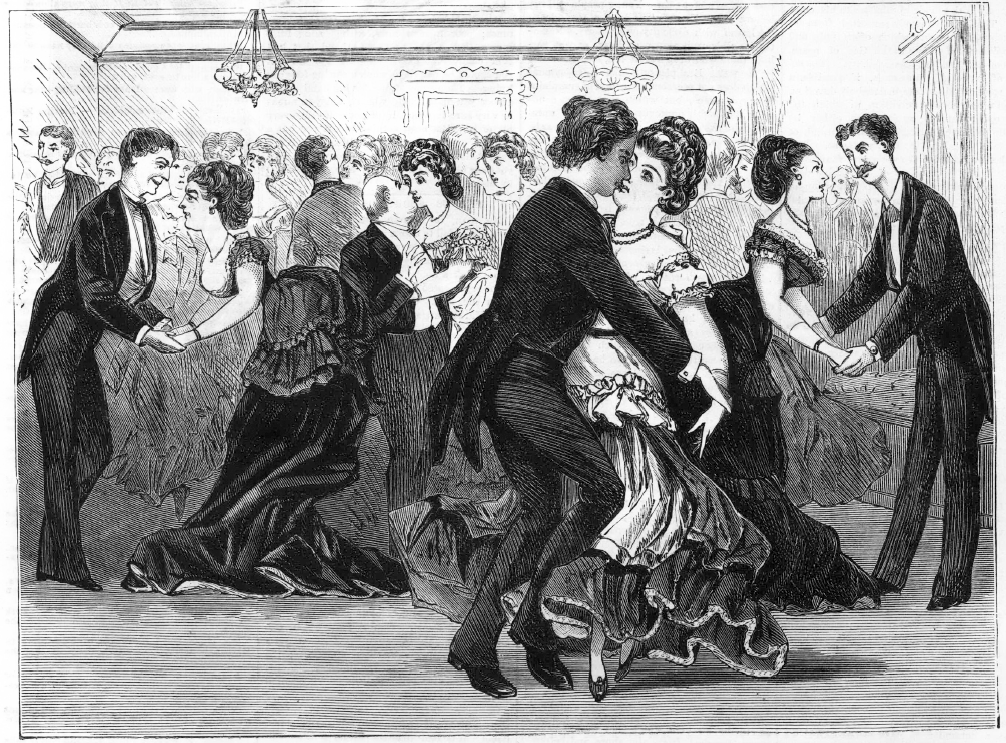 A New Attraction to the Ball Room Invented by a New York Genius for the Benefit of Bashful Men and Ugly Women.

An ingenious fellow who evidently enjoys that sort of thing, has invented a new quadrille which he terms the “Kissing Quadrille.” It is very sweet; the step and figure perfectly suited to the idea, and the kissing comes in just in time, set to music.