A Man's Head Blown to Atoms.

A man's head blown to atoms by the explosion of a beer barrel on Long Island.

Another Fool with a Gun.

Mattie Salter killed by her brother, who didn’t know it was loaded, Sandersville, Ga.

Mrs. Dunsford, of Reading, Pa., meets with a mishap in a theatre.

The Bravery of charming Miss Jaffray, the daughter of a New York millionaire, saves many lives at Irvington, N. Y.

What it Has Come To. | The Minister Was Coltish. 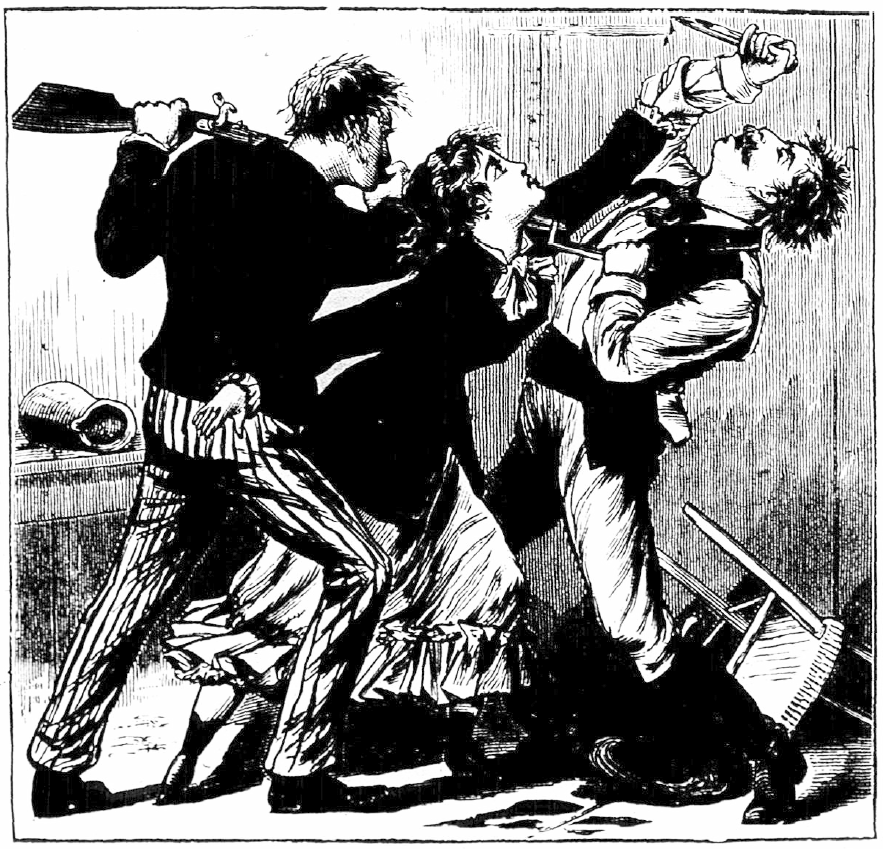 Bayonets and Knives—A Sister’s Influence and Prevention of Murder. [more]

Joseph Staples and Alfred Leighton had a bloody fight at Leighton’s house in Falmouth, Me. Stapes went home partly drunk, and threatened Leighton with violence. The latter seized a loaded gun, with a sharp bayonet attached, and started out, when Staples met him and tried to obtain possession of the weapon. Staples was stabbed four tunes with the bayonet. Leighton snapped the trigger, but the charge did not explode. Staples then managed to secure Leighton’s arm, holding the gun and taking a clasp-knife from his pocket, opened it with his teeth, and made a desperate slash at Leighton’s throat. He laid open the cheek from ear to mouth, and then cut the other side of his opponent’s face in the same manner. At this point of the struggle a sister of Leighton’s managed to get between the men, and ating on her advice, Leighton leaped through a window and fled to Oliver Harding’s, which he reached in a fainting condition. Medial aid was summoned and his wounds were dressed. Staples’s wounds were also dressed, and he is now quite comfortable, but not out of danger .The bedroom where the fight took place is covered with blood from wall to ceiling.