The Enlargement of Woman's Sphere. | The Latest Invention. 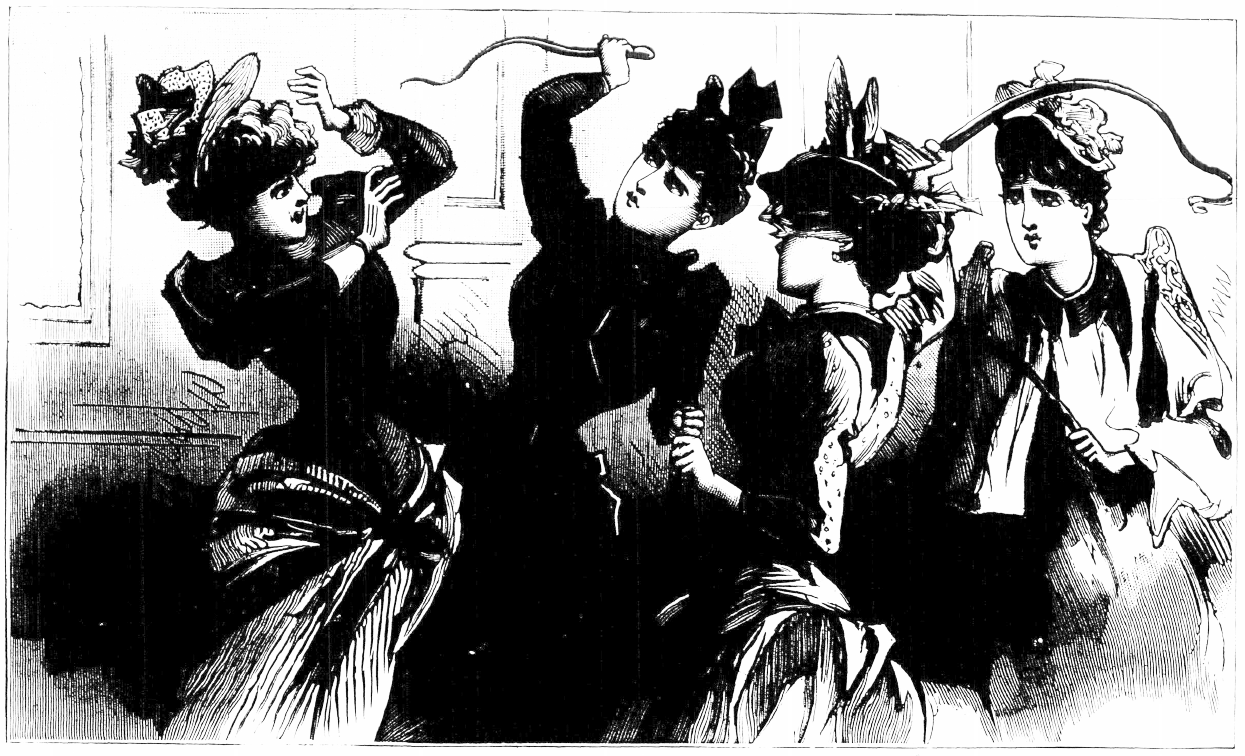 For some weeks Dorothy Morton has been filling Susie Kirwin’s place in the Wilbur Opera Troupe, now playing at Harris’s Theatre, Cincinnati, O.

The other afternoon Miss Morton threw up her contract, asserting that overwork was ruining her voice. In an interview, she severely reflected on several chorus girls and their relations with Manager Wilbur. Three of the, Fannie Lyons, Edith Daniels and Maud Daniels, armed themselves with rawhides and went in search of Miss Morton. They found her at Heucks’s Theatre.

Miss Lyons pulled a rawhide and began raining blows on Miss Morton. Mr. Rowe, Miss Morton’s husband heard her screams and rushed from the box office in time to see the girls going at a Nancy Hanks gait down Vine Street.

Warrants were issued for the three girls, who were arrested and gave bonds for their appearance for trial.