Seeing in the New Year. | Left His Digits as Souvenirs. 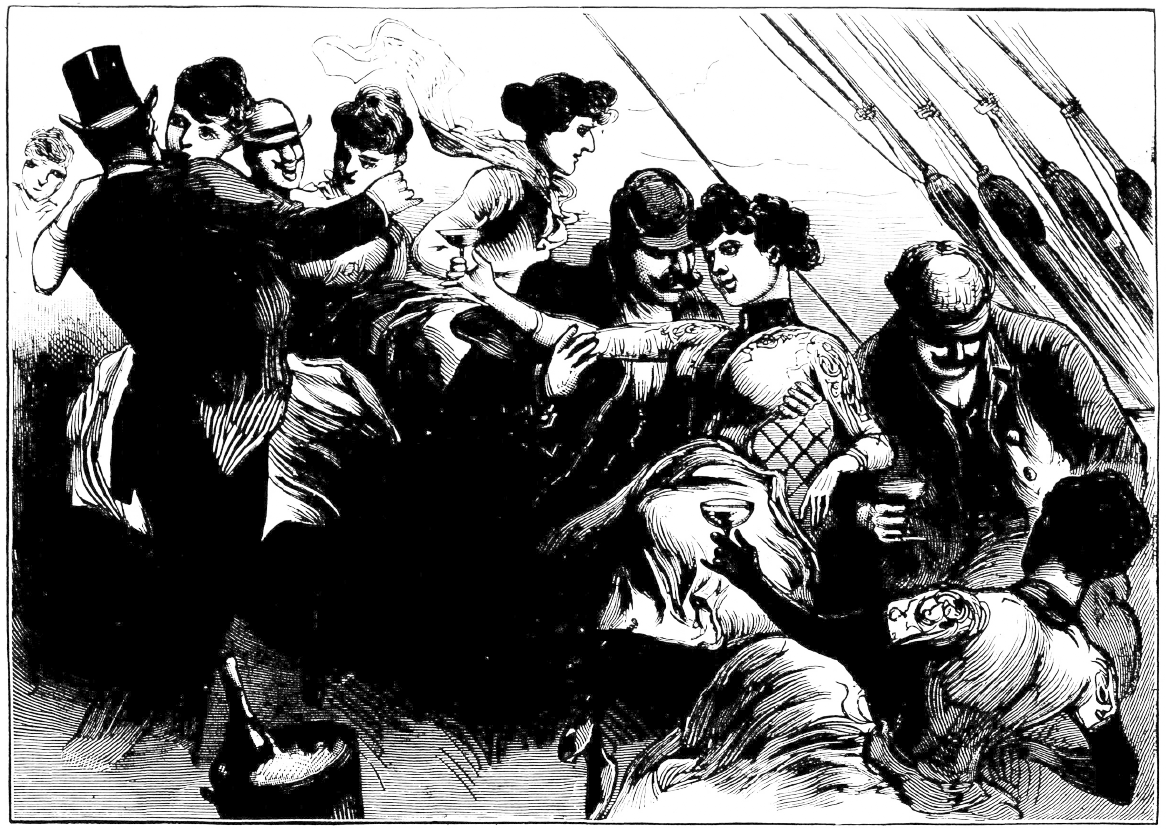 New Orleans, Oct. 23, - This announcement was displayed a few days ago in form t of the Pala is Royal, one of the low resorts on Royal street:

It happened that there were only nine lady artists in the party, and they had arrived that morning from New York. During the six days’ trip by steamer from Gotham the artists had made things decidedly lively for themselves and the ten other passengers who shared with them the accommodations of the first cabin. The artists were not a particularly tough lot, judged by the lowest standards, but they were noisy and untamed, and they made Rome howl whenever the sea was smooth. When the artist ceased to be a novelty, most of the other passengers welcomed a good stiff breeze and the consequent indisposition of the ladies as kindred blessings.