Oscar Wilde Gets a Reception.

Too, too, utterly utter! Remarkable effect of the appearance of Oscar Wilde, the apostle of Aestheti
More...
June 24, 2015

Eaten by Sharks. | What it Has Come To.

Oscar Wilde Gets a Reception. 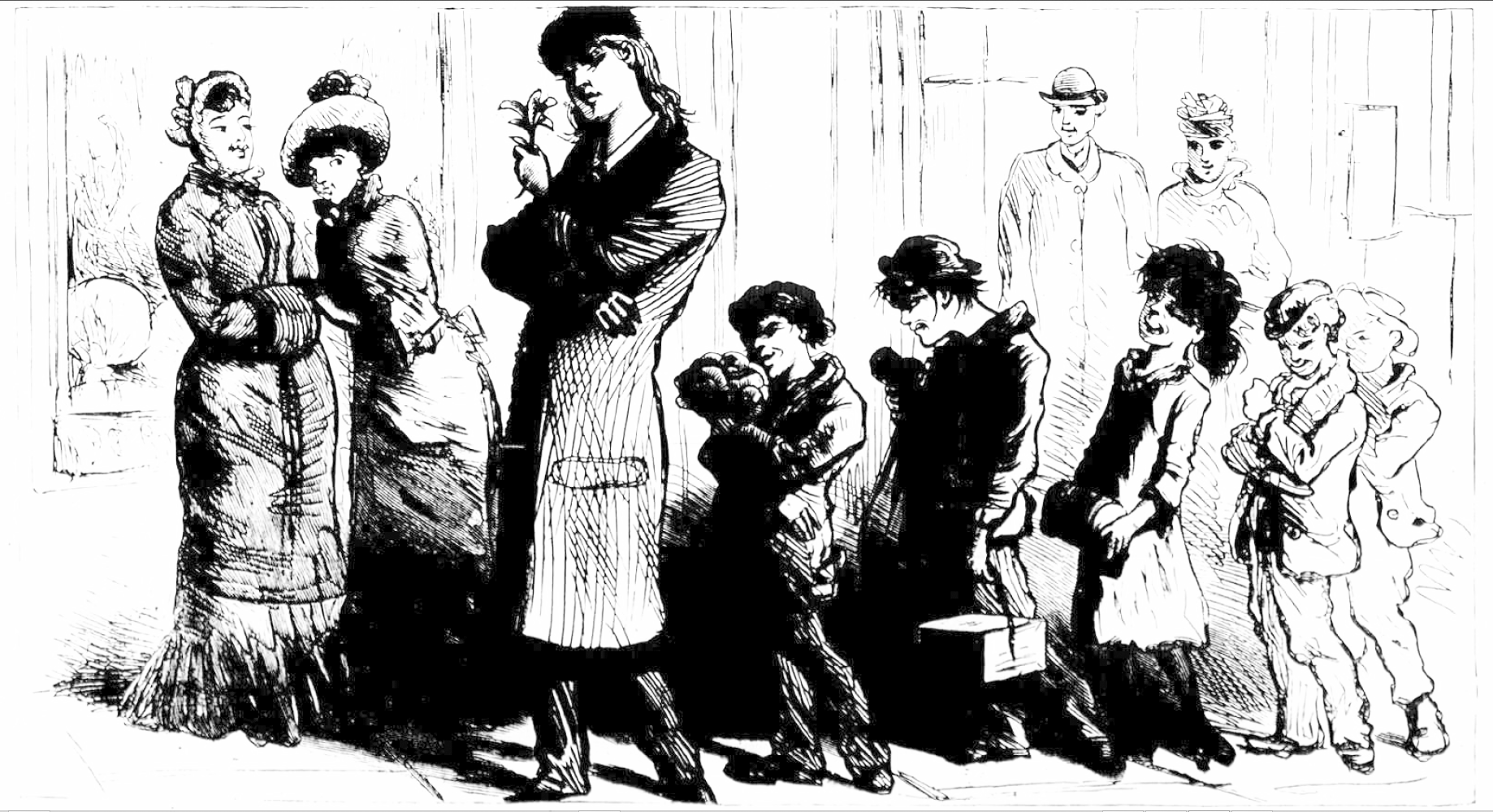 Too, too, utterly utter!

Remarkable effect of the appearance of Oscar Wilde, the apostle of Aestheticism, on the streets of New York City. [more]

The appearance of Oscar Wilde, the great London apostle of Aestheticisim, in New York the first week of the new year was an event that thrilled the first circles and provoked all the wits in town to open their battalions on him. As he stepped nimbly ashore, though, and holding his head high proposed to a friend who had done America before to frown down the hackmen and walk to his hotel, he met quite a different reception from what he had possibly anticipated. With his sprig of fern in hand, his quaint stride, his long locks, his wild eye and his incroyable air generally, he made a genuine sensation on Broadway. The newsboys and bootblacks, that precocious set who hail a novelty with delight, saw in him a fresh guy and made the most of him from the moment he burst in all his aesthetic effulgence upon their astonished vision.

They dubbed him “Count” on the first sight, varying it by occasionally saluting him on his promenade as “Charley, the Masher,” and have even gone so far as to organize a procession in his train, bearing cabbages, onions and garbage from the streets with an air of affectation of aesthetic grace that is laughable from its close imitation of Oscar’s poise of the lily and the fern.

The police will have to furnish a guard to protect him in the streets form the burlesque advances of the fierce and untamed bootblack if he remains among us long, that is a certainty.