A Wife at Auction.

An unsympathetic husband, who was in desperate need of money, sells his pretty wife to the highest b
More...
January 29, 2018

A Chicago man wants a divorce because his wife sings Salvation hymns, gains his suit by having her give an exhibition of her vocal powers in court.

An extraordinary account of a mathematician, mechanician, and musician named Alix.

Principles of Finance. | That Settled It.

A Wife at Auction. 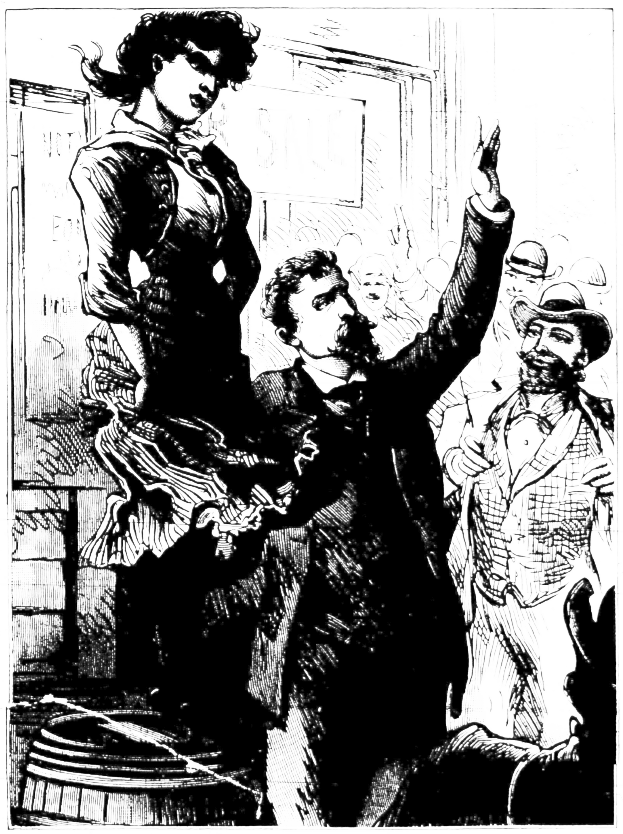 An unsympathetic husband, who was in desperate need of money, sells his pretty wife to the highest bidder, at Guthrie Okla. [more]

William Cardwell, an erstwhile Cherokee strip boomer, became hard up, and some days ago announced that he was going to sell his wife to the highest bidder.

The sale came off at Cardwell’s cabin, in Guthrie, Okla. There were hale a dozen bidders present, and as the woman was buxom and good-looking, bidding was spirited. John Insley, a grass widower of Guthrie, secured the woman, bidding $100 in cash, a colt, a horse, and a lot of household furniture.

The wife seemed to be wholly unkerned about the matter, and departed with Insley, smiling, after he had turned over the amount of his bid. The pair left for Texas in a covered wagon.