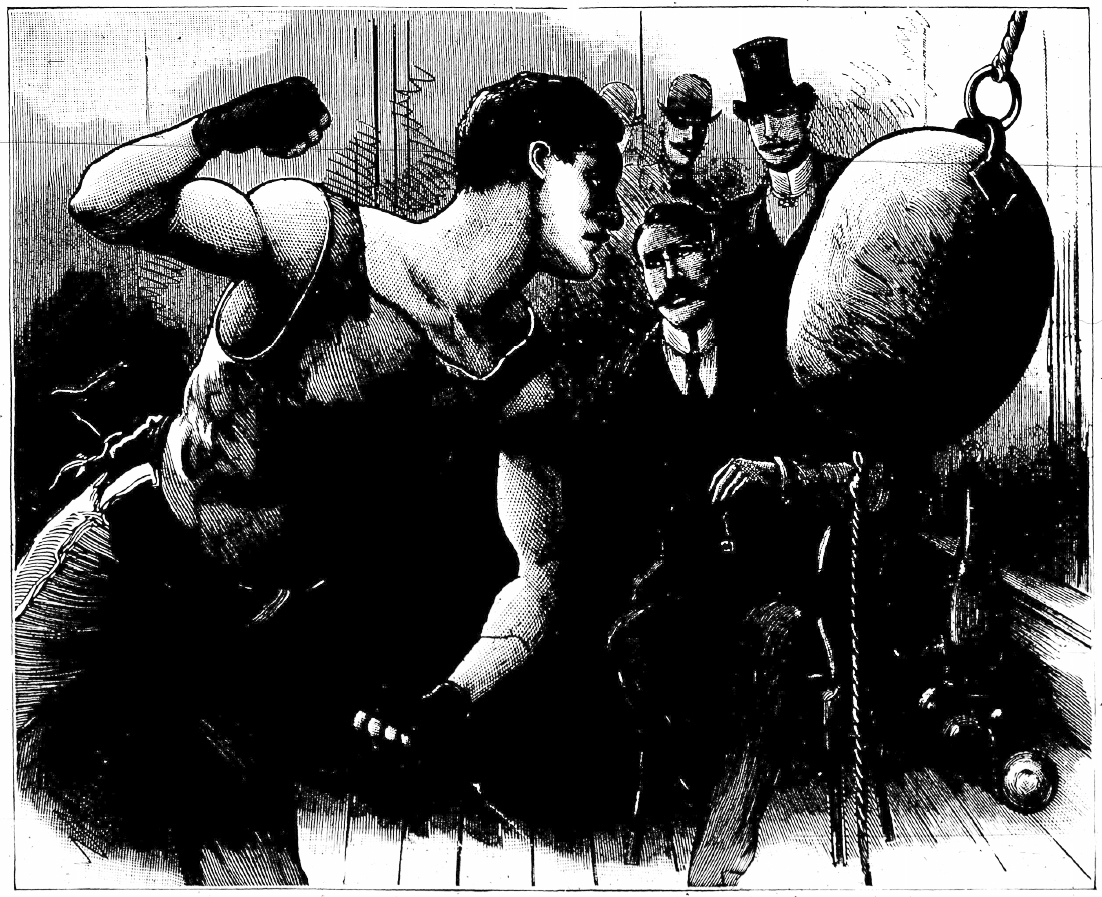 The plucky Australian Middle-weight punches the bag at his quarters near St. Louis, Mo. [more]

Dan Creedon, whose portrait appears in this issue of the Police Gazette, is the middleweight champion of Australia, and s matched to fight Bob Fitzsimmons, middleweight champion of the world, at 154 pounds for $5,000 and the championship of the world in the Olympic Club, New Orleans. Creedon is a clever and scientific boxer, a hard hitter, and possesses great stamina. He has fought numerous battles in Australia, and came to this country with the title of middleweight champion. Since his arrival from Australia he has engaged in many glove contests—the most important one being with Alec Greggains of San Francisco. They fought for $9,000 at Roby, Ind., on Aug. 14 1893. Greggains had quite a reputation and many booked him to defeat Creedon. The latter displayed great generalship and tremendous hitting power and after fighting fifteen rounds, according to “Police Gazette” rules, in 55 minutes he knocked Greggains out. Creedon’s victory over Greggains gained him quite a reputation and Col. J. D. Hopkins the popular theatrical manager and backer, issued a challenge to back Creedon to fight Bob Fitzsimmons for $5,000 a side at the same time posting $500 forfeit. Fitzsimmons did not pay any attention to the challenge and Creedon gave up all hope of ever meeting the former until the present match was arranged. Creedon is now training near St. Louis, and from the latest advices form his backer he was in first-class condition and confident of winning.