Another Fool with a Gun.

Mattie Salter killed by her brother, who didn’t know it was loaded, Sandersville, Ga.

James Lavender of Irwinton, Georgia, tries to elude his bondsmen but is found and dragged out.

The Pastor Kissed Her. | The Women Screamed. 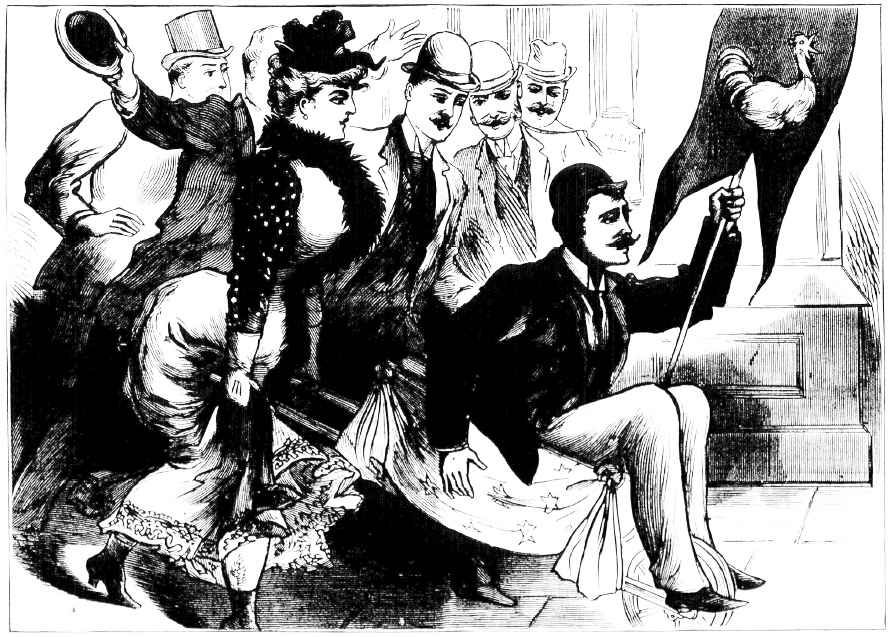 She backed Harrison, and had to wheel Henry Singer in a barrow, at Atlantic City, N. J. [more]

Mrs. Otto Snyder, the wife of the proprietor of the National Hotel, Atlantic City, N. J., a strong advocate of the re-election of President Harrison, wager upon her favorite’s election with Henry Singer that in the event of his defeat she would ride him in a wheelbarrow the distance of a block. She gave odds by his promising to pay for supper for six.

She paid the wager the other day. The oddity of the bet on her side drew a crowd of several hundred people about the hotel, who inspected the decorated vehicle with much curiosity.

Knowing that Mrs. Snyder was a woman who weighed considerably above 200 pounds, bets were made that shoe would not fulfil her contract. To the surprise of all she appeared at 8 o’clock, quickly caught the handles of the barrow and rushed the one-wheeled vehicle to the corner of New York avenue and returned amid the plaudits of the crowd. The horns and whistles screeched n accompaniment, and at the end of the ride a cheer was given for the pluck of the woman. Several other elections bets of a similar character were discharged, one being accompanied by a fife and drum corps.