The Cruelties of Fashion.

She Went into the Scrimmage.

A Rattling Main. | Another Amorous Parson.

The Cruelties of Fashion. 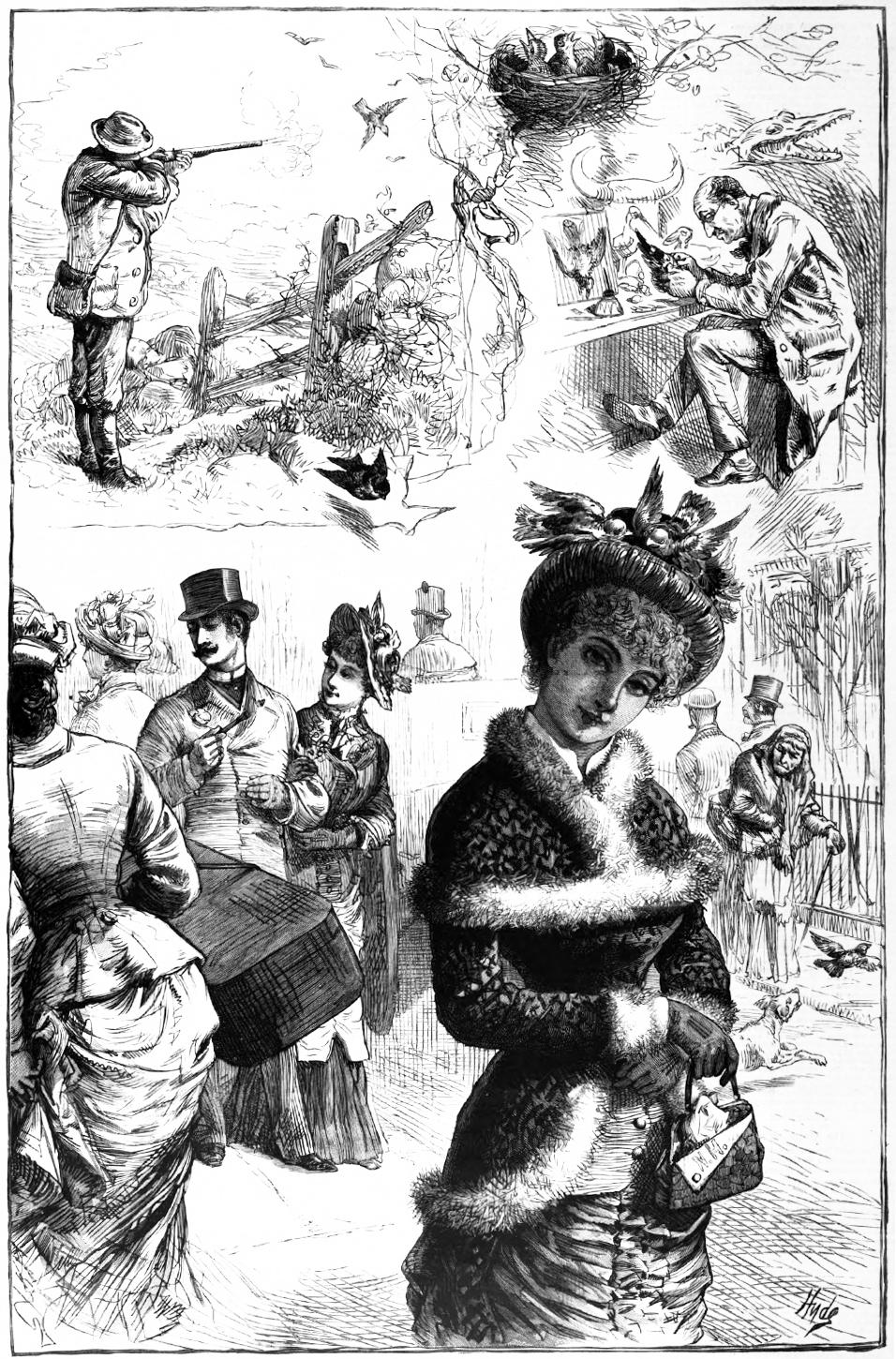 It is no longer the question of “Who killed Cock Robin?” that “most foul and unusual” assassination which so perturbed our youthful minds, but “Who is killing all the beautiful blue breasts, and green breasts, and purple breasts, and gold breasts. Add the gorgeously-feathered songsters of groves in every clime?” The sad, sad, answer is, “Woman.” Yes, woman, lovely woman, it is at whose door lies the destruction of millions of beautiful birds, in order that her hat, her coat, her cuffs, may be adorned with the gloriously-colored plumage. A melancholy sight it is to behold a charming representative of the female sex divine promenading in a hat upon which is perched some exquisite specimen of ornithology, which, thanks to the skill of the hunter and taxidermist, looks as though it were yet alive and reveling in its native grove. The great car of Juggernaut, Fashion, rolls over the hapless birds, and women, who would swoon at the fall of a sparrow into the claws of the harmless necessary cat, unthinkingly issue the fiat that dooms to destruction thousands upon thousands of beauteously feathered choristers.