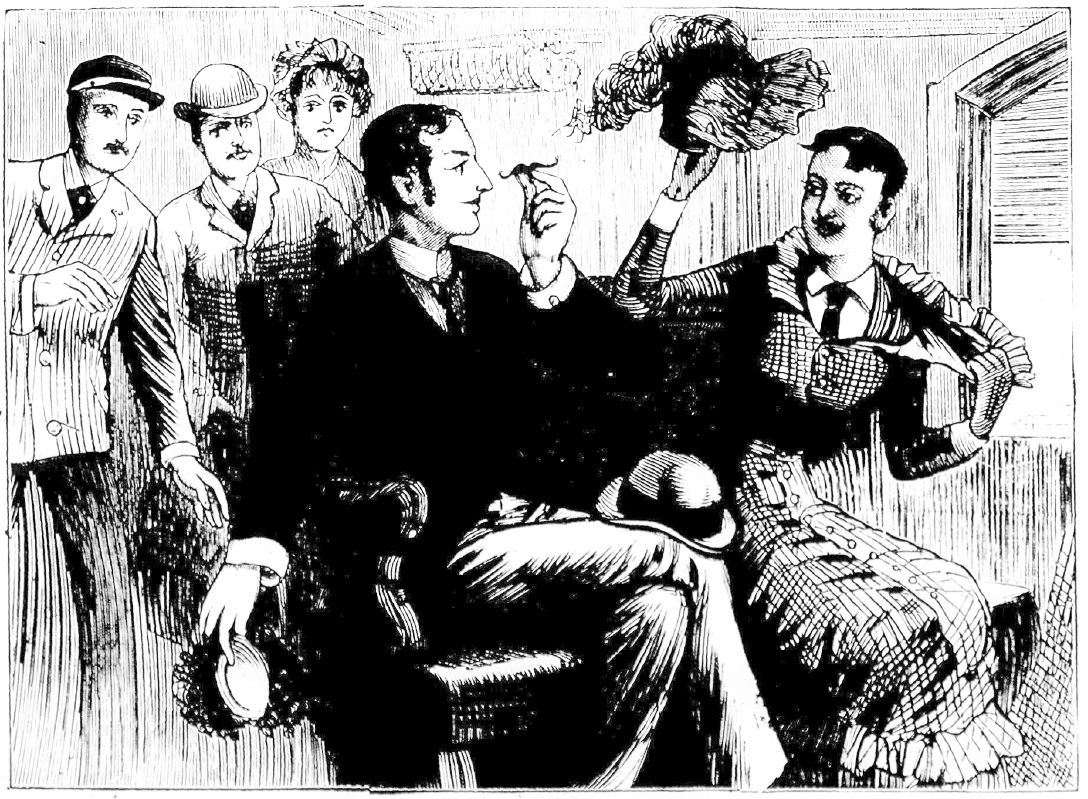 How a loving bridal couple were suddenly transformed into a brace of absconding counterfeiters.
More...
June 18, 2013

How a loving bridal couple were suddenly transformed into a brace of absconding counterfeiters after crossing the border between the United States and Canada, on the A. & G. W. R. R.

“We’re in Canada now, Mike; I’m going to take of these togs."

This was the remark made by an apparently youthful bride to her companion, a well dressed young bridegroom on his wedding tour.

They were seated in one of the parlor cars on the Atlantic and Great Western railroad, and the train had just passed the boundary line that separates the land where the stars and stripes float supreme and the territory where flaps the crimson ensign of England.

The pair had attracted much attention all the way from Lockport, being very loving and billing and cooing like turtle doves. The rather peculiar expression alluded to above attracted still more attention, and the passengers were somewhat surprised to see the blushing bride disrobe herself, take off a jaunty hat and blonde wig and disclose an underdress of male clothing. Her companion also divested himself of a mustache and a wig. The metamorphosis showed up the travelers in their true light. . They were two counterfeiters escaping from the land of the brave and the home of the free, where things had got too hot for them.