Trying to Scare an Old Maid with a Wooden Dutchman.

A wooden Dutchman, rather than no man at all, was what a sensible spinster argued when some practica
More...
July 11, 2016

An Irishman and a Yankee Settle a Dispute. | She Stole Her Lover’s Clothes.

Trying to Scare an Old Maid with a Wooden Dutchman. 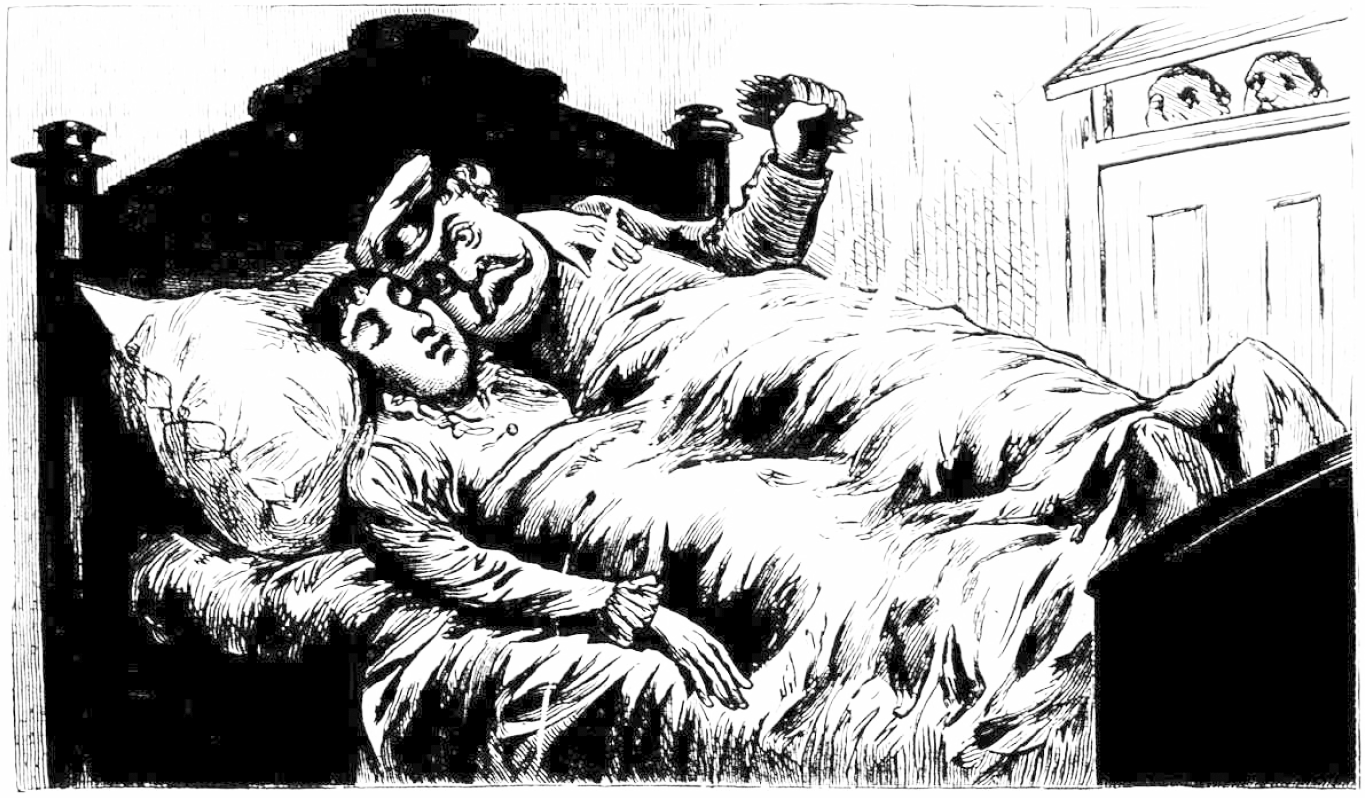 A wooden Dutchman, rather than no man at all,
Was what a sensible spinster argued when some practical jokers under took to scare her in Oakland, Cal. [more]

Probably the most pathetic incident since the war occurred in Oakland the other day, and it is still agitating the higher circles of that locality to their inner depths. It appears that on Jackson street resides an old maid—a very old maid—who puts in all the time she can spare from the supervision of other people’s affairs to searching for burglars. In fact, the latter occupation may be said to be her hobby.

For the last twenty-five years Miss Goobey has never retired without first  industriously “shooing” under each and every bed for the purpose of expelling any burglariosly inclined person who might be thus secreted.

The other day a bold, bad man, who happened to be temporarily staying at the Goobey residence, concocted a dreadful practical joke. By the assistance of some of his dissolute companions, he stole a life-sized wooden Dutchman form the front of a cigar store, and placed it under the chaste couch of the mature Diana in question.

The conspirators waited on the landing when Miss Goobey locked the door that night expecting a domestic earthquake to be started as soon as the bogus burglar was sighted.  They waited unsuccessfully for an hour. Was it possible Miss G. had neglected her invariable custom of looking under the bed? No, the idea was preposterous. They still lingered for the volcano to begin, throwing up screams, convulsions, melted lava and hair pins.

Another hour passed by.

At last the well-known sound of Miss Goobey’s high soprano snore sounded faintly through the door, and impelled by ungovernable suspense and curiosity, the watchers climbed up and peeped though the transom.

There were two figures in the bed.The wooden man had been carefully lifted into the couch and covered up with its head on Miss G’s off pillow. While one thin arm over his manly red-wood chest, and with one saffron cheek pressed against the irresponsive shoulder, Miss Goobey slept in contented sleep of one who had reached bedrock at last.

She was making believe, poor thing!