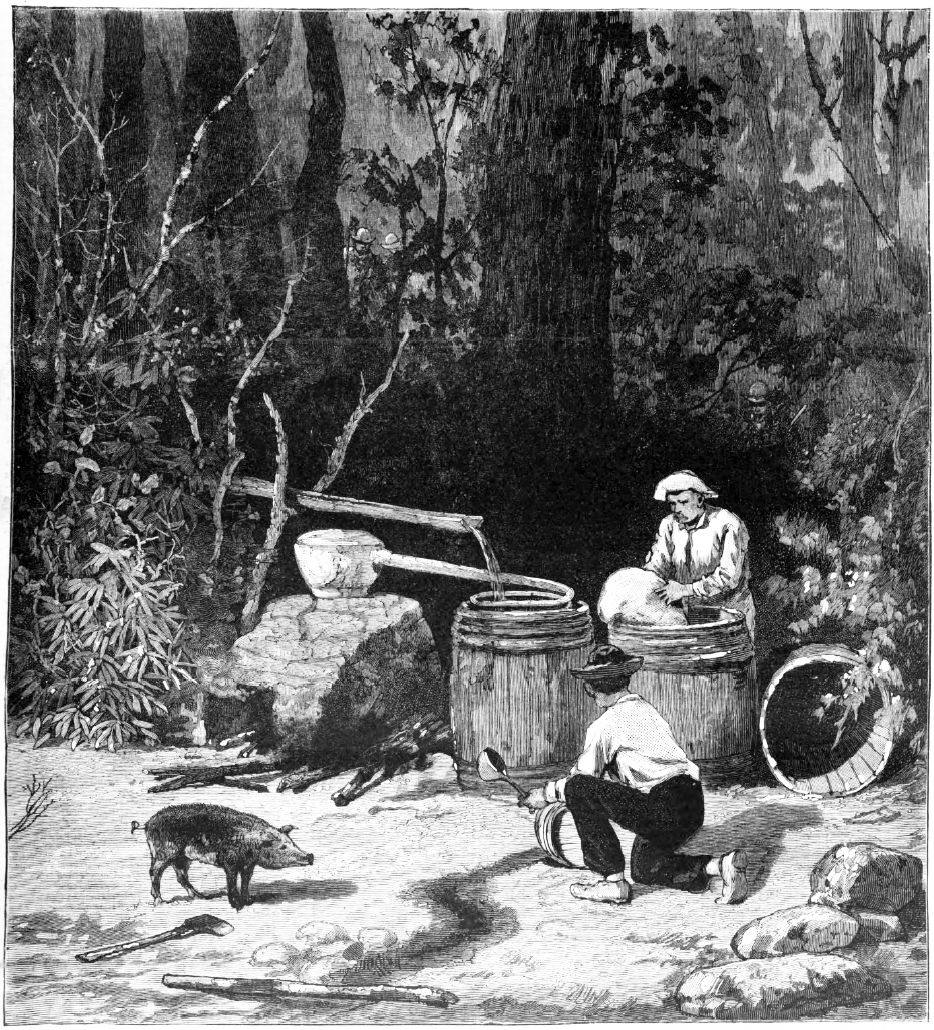 The most serious opposition to the enforcement of the internal revenue laws has always come from the illicit distillers in the mountain region of the South. These hardy people live so far from any market, that it would not pay to attempt to sell their surplus corn, and they have always been accustomed, like their fathers and grandfathers before them, to distill their little store of home-made liquor every year in the rudest sort of stills. Generations of uninterrupted enjoyment of this privilege had led them to consider it as an inalienable right, and they were thunderstruck when they learned the Federal Government had outlawed their homely industry. They could not be made to believe that the Government possessed any such right to interfere with them, and they regarded the officers who attempted to enforce the law as tyrants, whom it was right to kill, if necessary, to stop their operations. Rude and ignorant people, it was difficult to reason with them, and for years a bitter warfare raged between the mountaineers and the revenue officers. Ambuscades were laid, pitched battles were fought, and the list of killed and wounded grew shockingly long. By degrees, the Government gained some advantage, and of late there has been great improvement. A large proportion of the illicit distilling has been suppressed, but the blockaded whiskey-still is yet to be found in many a retired spot of the Carolinas, Georgia, and Tennessee. The illustration…gives an excellent idea of one of these improvised distilleries in active operation, with the revenue officers executing a surprise.