The athletic diversions of an association of dashing damsels in their club rooms in Chicago.
More...
June 6, 2011

Terrible Struggle with Flame and Flood | Duel of the Divas. 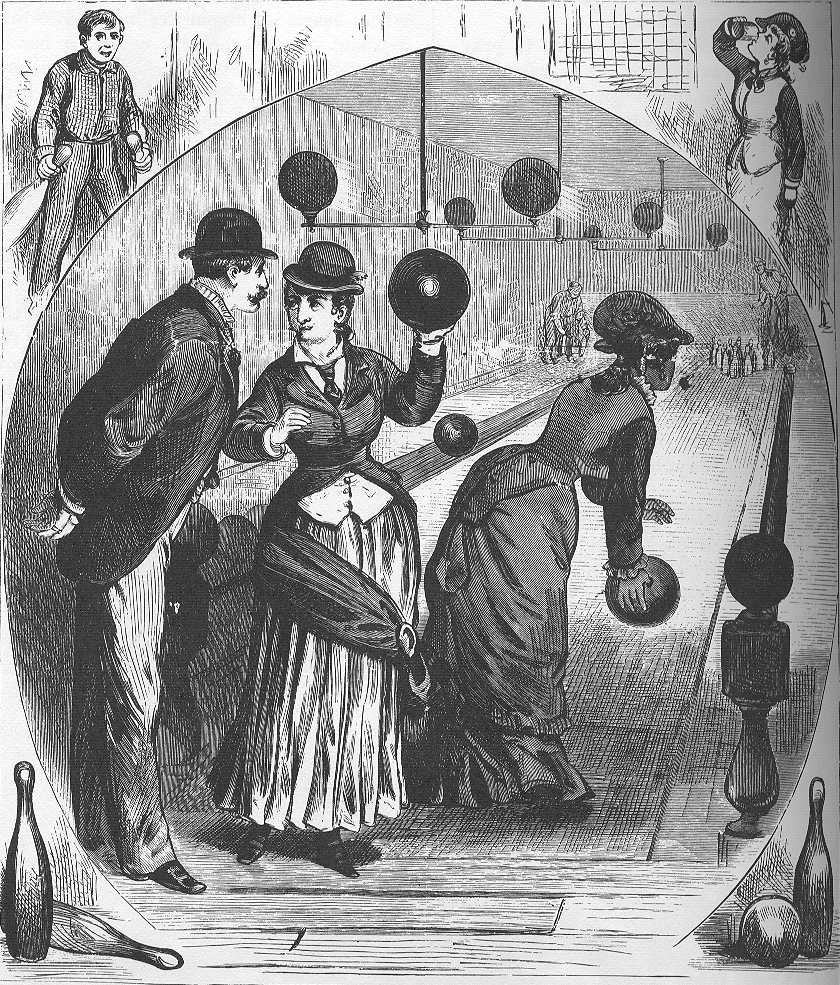 Chicago, 1878 - Belles of the Bowling Alley -The athletic diversions of an association of dashing damsels in their club rooms in Chicago.

Life in Chicago presents many phases not met with elsewhere, and one such is the establishment, a year since, of a club for social enjoyment by eight young ladies, all well educated and wealthy, who move in first-class circles.

They conceived the idea of setting up a club similar to the exclusive coteries in which the sterner sex find their relaxation. They accordingly secured suitable quarters fitted up with an attention to the luxurious details so dear to the feminine heart, but with a view also to the gratification of the fair clubbists for some sport as affected by their masculine prototypes. A well-arranged billiard room and a gymnasium with every improved appliance were among the conveniences, but the favorite feature proved to be the bowling alley. Some of the fair members have become quite expert players, and spirited contests are regularly held in which the participants vie with hoydenish, albeit gay and sparkling, enthusiasm.