An Old Man in San Francisco Becomes Enraged at a Young Lady who Teased Him and Flings Her from a Fou
More...
January 23, 2017

Eloped on a Spotted Steer. | The Demi Monde of Paris. 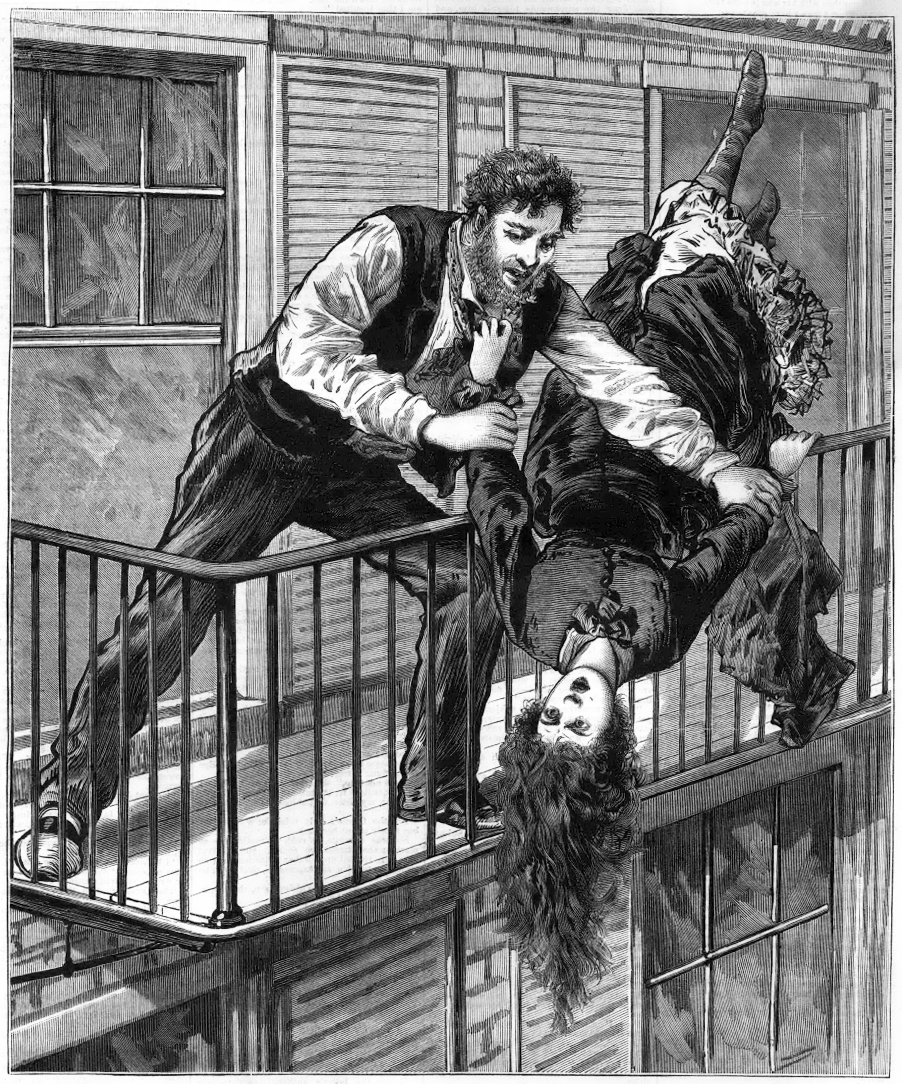 An Old Man in San Francisco Becomes Enraged at a Young Lady who Teased Him and Flings Her from a Fourth story Balcony. [more]

It is well known that young ladies and misses have an inordinate propensity to tease persons, especially those of the other sex. Sometimes they are made to pay dearly for so doing, as was the case of a young miss in San Francisco. She was enjoying rare sport in teasing an old man, who suddenly became enraged, rushed from his room to the balcony where he was standing and seizing her, flung her over the railing to the ground in spite of her struggles. She was badly injured and the pugnacious old man is under arrest.