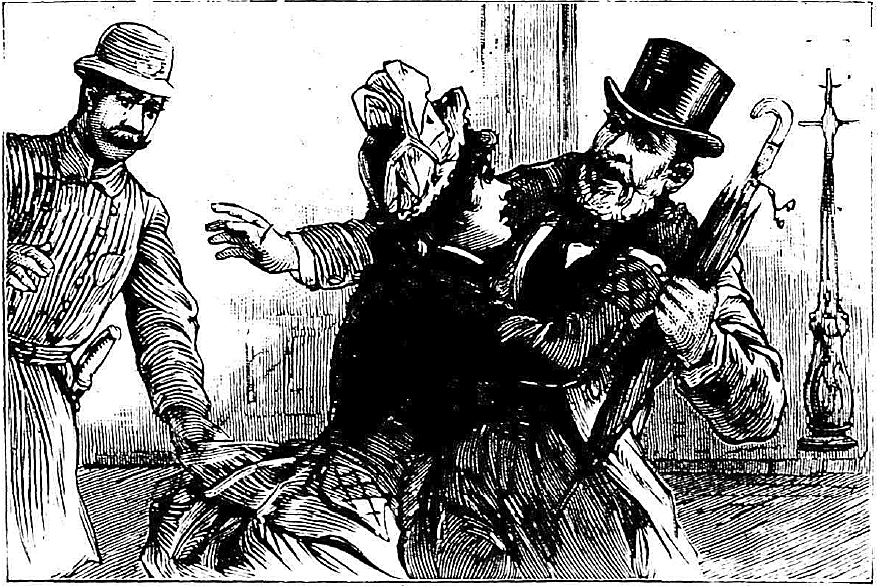 Blanche Nelson, a Handsome, gorgeously dressed young woman, was brought before Justiete C. J, White, in Chicago, the other morning for trial. The charge against her was plain '"disorderly conduct."

"What's the case against this girl?" asked the Court.

"1 don't kuow that this is any crime," said the Court, reflectively. 'Tell me the story."

It appeared from ihe evidence that the affectionate young creature, while slightly under the influence of wine, created a scene at the corner of Halstead and Madison street, by kissing all the good-looking young men she could catch. Very little outcry on the part of the victims was made, and everything went well until a solemn, middle-aged man, having the appearance and garb of a clergyman, came along. The girl seized him. He appeared anything but reconciled to her caresses. As the middle-aged geutleman struggled to free himself from Blanche's embraces, a crowd gathered, and a policeman hove in sight. The patrol wagon was summoned. Inside of ten minutes Miss Blanche was behind prison bars. The girl's defence was none of the best, and she was fined $5 and costs.