An extraordinary account of a mathematician, mechanician, and musician named Alix.
More...
January 8, 2018

The New Rule at the Post-Office. | Afloat on a Cake of Ice. 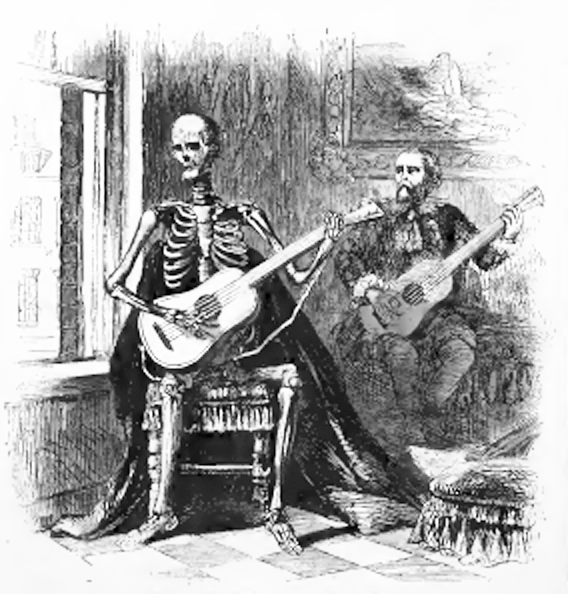 An extraordinary account of a mathematician, mechanician, and musician named Alix. [more]

So many wondrous stories are told by the ancient writes of magic and mechanism that ordinary belief is entirely at fault. If we are to believe what we read of the mechanics and learned men of the 15th, 16th, and 17th centuries, the little of chemistry or mechanical invention that we know in these times, but was then familiar to learned men, but was suppressed, either by monkish intolerance or noble ignorance. That much of these clams are true we must admit, from the fact that many wonderful inventions have come down to us, among which we can only mention gunpowder and watches as an example.

Among the wonderful stories of this kind is one told by Bonnet in his “Historie de la Musique,” where he gives the following extraordinary account of a mathematician, mechanician, and musician named Alix, who lived at Aix, in Provance about the middle of the 17th century:

“Alix, after many years’ study and labor, succeeded in constructing an automaton figure, having the shape of a human skeleton, which, by means of a concealed mechanism, played, or had the appearance of playing on the guitar. The artist after having turned in perfect unison two guitars, placed on in the hands of the skeleton, in the position proper for playing, and on a calm summer evening, having thrown open the window of his apartment he fixed the skeleton, with the guitar in its hands, in a position where it could be seen form the street. He then, taking the other instrument seated himself in an obscure corner of the room and commenced playing a piece of music, the passages of which were faithfully repeated or echoed by the guitar held by the skeleton, at the same time that the movement of its wooden fingers ,as if really executing the music completed the illusion.

“This strange musical feat drew crows around the house of the ill-fated artist; this sentiment was soon changed in the minds of the ignorant multitude into the most superstitions dread. A rumor rose that Alix was a sorcerer, and in league with the devil. He was arrested by order of the Parliament of Provence, and sent before the court, La Chambre de la Tournelle, to be tried on the capital charge of magic or witchcraft. In vain the ingenious, but unfortunate artist sought to convince his judges hat the only means used to give the apparent vitality to the fingers of the skeleton were wheels, springs, pulleys, and other equally unmagical contrivances, and that the marvelous result produced wat nothing more criminal than the solution of a problem in mechanics.

“His explanation and demonstrations were either not understood, or failed to convince his stupid and bigoted judges, and he was condemned as a sorcerer and magician. The iniquitous judgment was confirmed by the Parliament of Provence, which sentenced him to be burned alive in the principal square of the city, together with the equally innocent automaton figure, the supposed accomplice in his magical practices. This infamous sentence was carried into execution in the year 1644, to the great satisfaction and edification of all the faithful and devout inhabitants of Aix.”