Society’s male darlings “making up” their faces for the purpose of “looking pretty” to their addlepa
More...
May 29, 2017

Tennis. | What a New York Girl Did. 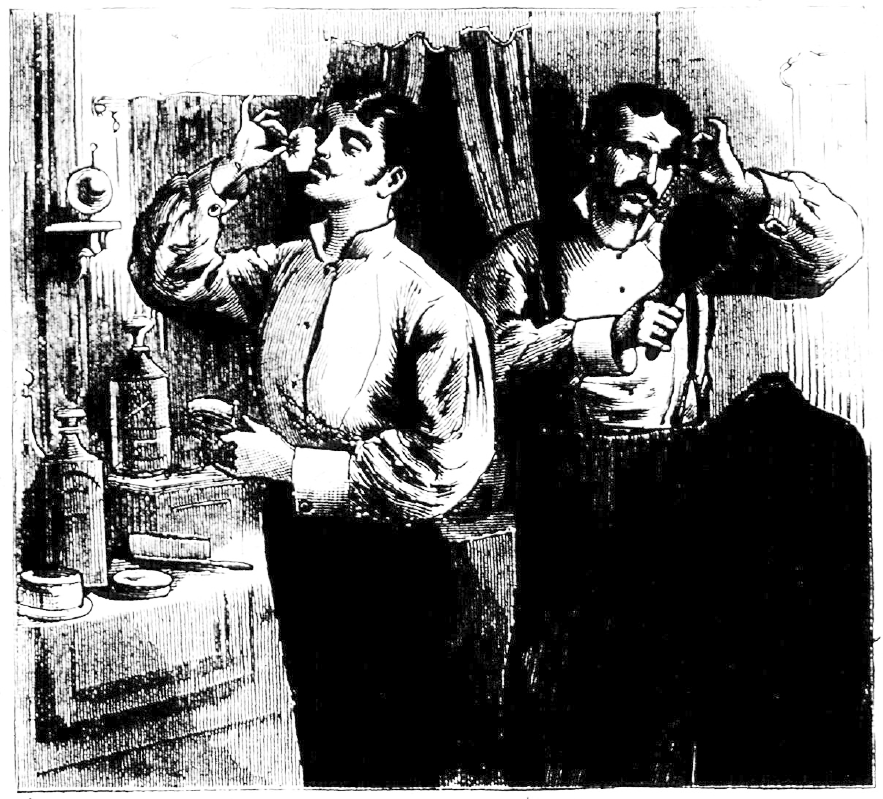 Society’s male darlings “making up” their faces for the purpose of “looking pretty” to their addlepated female counterparts; Saratoga, N. Y. [more]

Fashionable: And new we are told some of the fashionable young men at Saratoga and other watering places not only powder their faces, but that they actually paint. That they wear corsets has long been admitted. How far this aping of femininity is to extend it is hard to say; but we hope the young men will stop it before they actually become mothers.