The Queen of The May. | Great Base Ball Match. 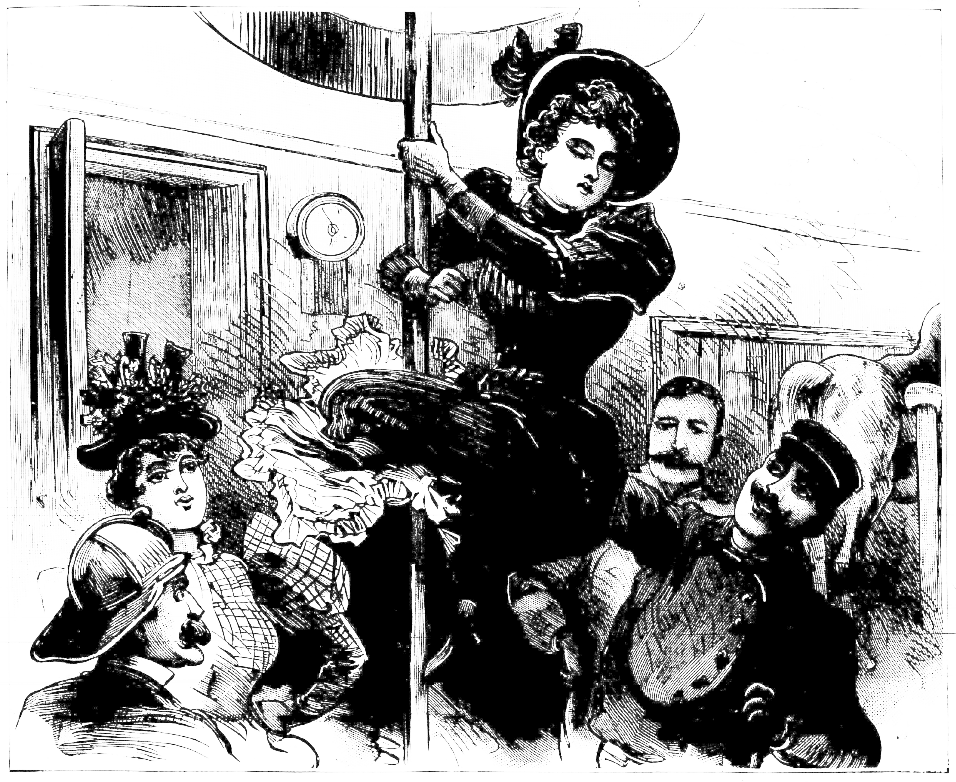 How a plucky New Brunswick, N. J., girl won a wager from one of her doubting companions. [more]

The other evening a party of New Brunswick, N.J., society belles who move in the highest circles called at the police station and asked a policeman to be shown through the engine house of Liberty Hose Company, next door, an explain to them the apparatus. The request was unusual, but the officer assented.

The girls expressed their admiration at everything they saw, fed bon bons to the horses and seemed particularly to admire the perfection of the fire alarm system.

“Oh, what is this police for? Said one of them.

He explained that the firemen slid down the pole form the dormitory.

“How lovely! Can you do it?” was the next question.

The policeman was not sure of his ability, but he would not acknowledge it, and successfully made the effort.

“Now, Laura, it’s your turn,” said on of the girls, and before the astonished officer could interfere, she had encircled the pole and disappeared through the hole in the floor.

She struck the rubber mat below with a bump but recovered herself quickly, and dared her companions to follow.

When all met on the floor below the girls told the policeman that the girl had won a new had and a box of candy by sliding down the pole as the result of a bet between her and her companions.

The apparent eagerness to inspect the apparatus was merely a ruse.