The Drama of Life, | The Girls Have a New Game. 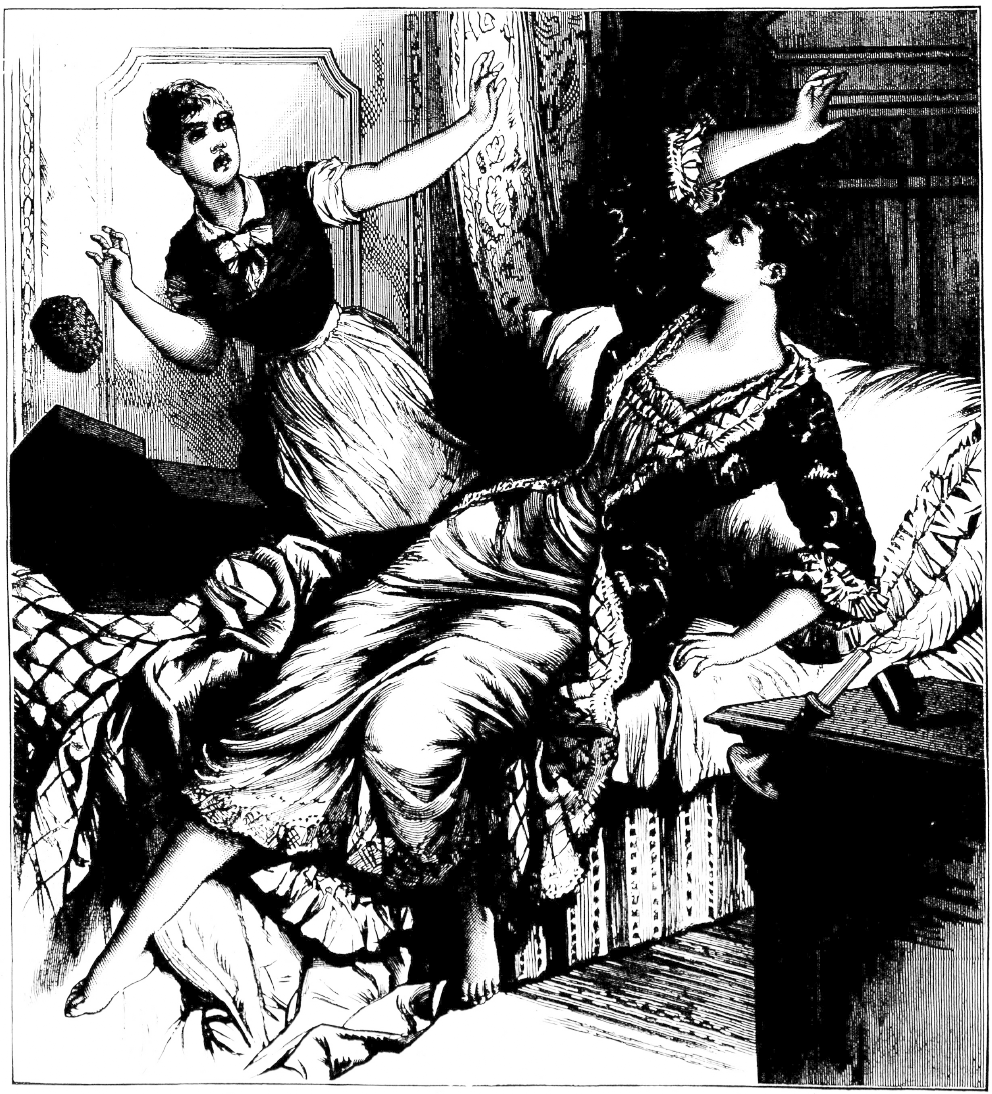 She Wasn’t the Corpse.

The Queer blunder made by the assistant of an undertaker in a house of mourning, Bridgeport, Conn. [more]

In a town near Bridgewater, Conn., death entered an estimable household at midnight, and an undertaker from the city was summoned by telegraph. On arriving at the house the undertaker sent his assistant to an upper chamber to prepare the corpse. Taking her box of bandages, sponges, &c., the assistant went, as she thought, to the room indicated, but instead she entered the room of a young lady, a member of the bereaved family, who had fallen sound asleep from exhaustion caused by her constant attention at the sick bed. The attendant had an old-fashioned tallow dip, which she set on the stand, and depositing her box on the bed by the side of the sleeping beauty she began operations. Takin a soft sponged she carefully washed the face observing, what was not unusual, that the flesh was still warm. The young lady slept on, but when a fine-toothed comb was drawn through some tangled crimps of her hair she awoke with a suddenness that upset bot the attendant and the box of implements. Both ladies gave a shriek that could have been heard blocks away, and as soon as a match could be struck, for the candle had been overturned and extinguished, explanations followed. The attendant believed the corpse had come to life, and the awakened damsel thought she had been disturbed by a burglar. The household below was aroused, and they followed the undertaker in quick succession to the scene of the disturbance. Although the death had cast a gloom over the household there was a quiet laugh when the situation was explained.