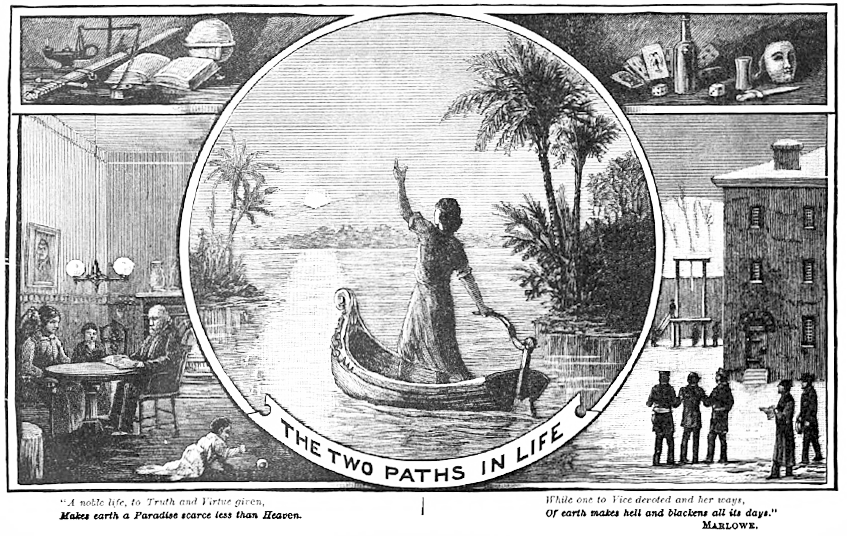 "A noble life, to Truth and Virtue given, Makes earth a Paradise scarce less than Heaven. While one to Vice devoted and her ways, Of earth makes hell and blackens all its days"
More...
August 7, 2012

“A noble life, to Truth and Virtue given,
Makes earth a Paradise scarce less than Heaven.
While one to Vice devoted and her ways,
Of earth makes hell and blackens all its days.”

Triplett, Frank. History, romance and philosophy of great American crimes and criminals: including the great typical crimes that have marked the various periods of American history from the foundation of the republic to the present day .... Hartford, Conn.: Park Pub. Co., 1885.