The Bunco Game | A Hot Day in New York. 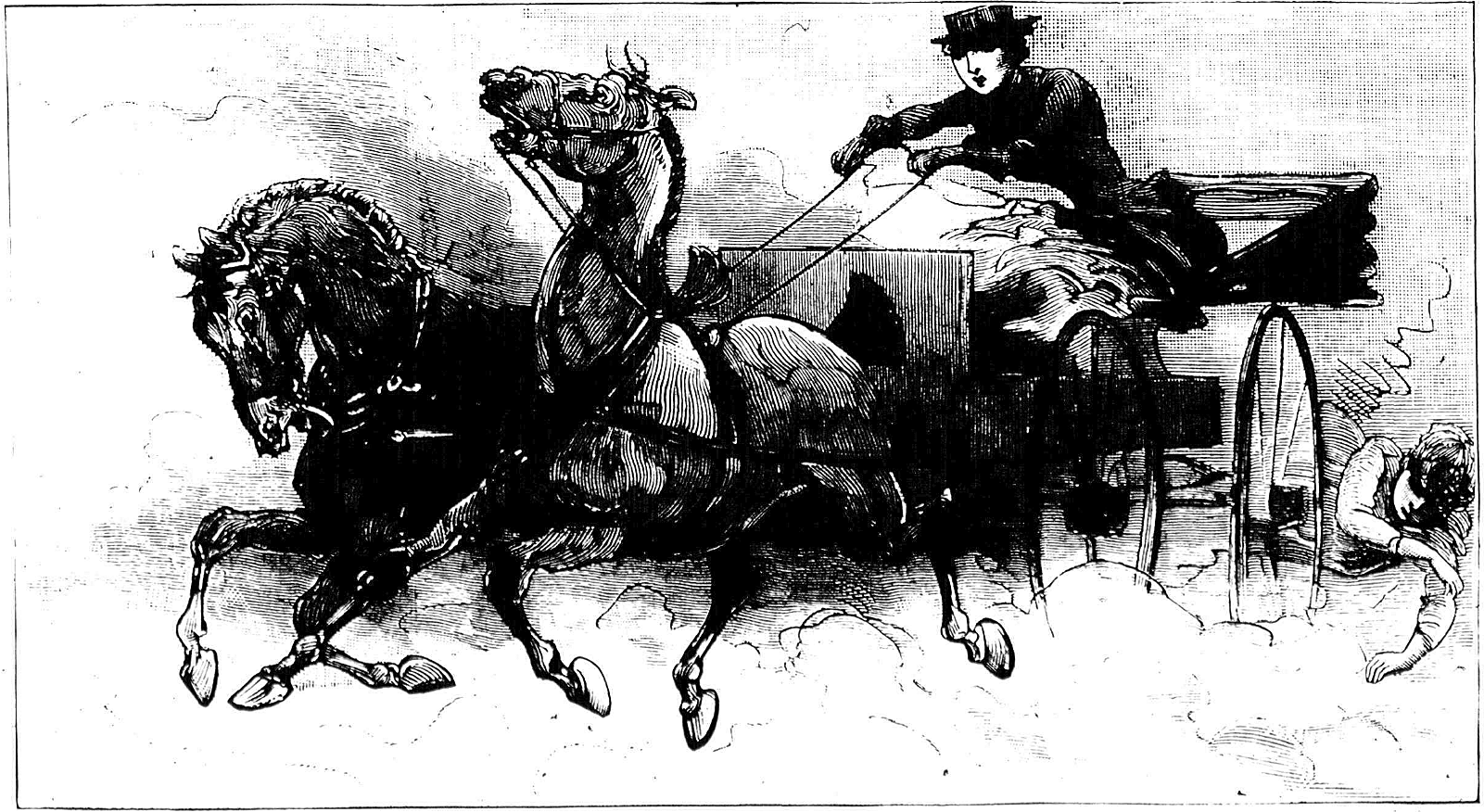 Elberon, New Jersey, Sept., 1892 - Miss Elvira Jordan retains her presence of mind and brings her runaway team to a standstill.

Miss Elvira Jordan, daughter of the proprietor of the hotel Elberon, at Elberon, N. J. and Miss Marianne Jackson of New York, were driving along Ocean avenue the other day when the horses attached to their carriage became frightened and ran away. Miss Jackson was thrown from the vehicle, but Miss Jordan retained her seat, and after a run of several miles finally managed to bring the frightened animals to a standstill. Miss Jackson was badly injured.