Of the many forms of bank robbery, the bank sneak had the safest, easiest and most lucrative method of all.
More...
July 31, 2012

A Slippery and Subtle Knave – The Bank Sneak. | Beauty as a Shield. 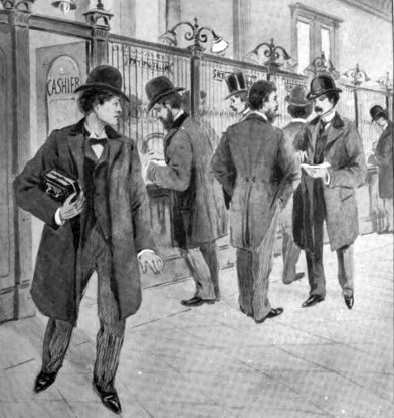 Of the many forms of bank robbery, the bank sneak had the safest, easiest and most lucrative method of all.  Holdup men risked their lives and the lives of others by demanding money at the point of a gun. Bank burglars worked in large gangs, with elaborate plans that always involved the physical labor of cutting, pounding, prying or blasting to get though iron bars and steal vaults. But a skilled bank sneak just walked into a bank, took what he wanted and left.

Part confidence man, part shoplifter, the bank sneak would enter a bank as if he were a regular customer, look for an opportunity, and walk out with a stack of currency or bonds. They would usually work in pairs or groups of three. One or two would divert the attention of clerks and bank officers, while another would quickly snatch the goods and leave. It was not unusual for a bank sneak to leave with $10,000 more.

Bank sneaks were always well dressed. In the city, they appeared to be prosperous businessmen, in the country gentlemen farmers—the type of customer always welcome in a bank. When not in the bank they would frequent men’s clubs and hotel lobbies to learn what they could from real businessmen about bank policies and special interests of bank officers. When a sneak learned the hobby of a particular bank officer, he would study that topic then at the bank, engage the officer in conversation while a confederate grabbed the cash. 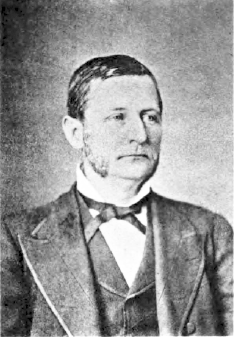 Sometimes they traveled with circuses. When the circus came to town and paraded down Main Street, sneaks would hit the banks and take what they could while all eyes were on the circus parade. Another ploy used was the “invalid customer.” A servant would come into a bank, ask for a bank officer by name, and say his master is an invalid in a carriage outside. He wants to discuss an investment but is unable to come into the bank. This was usually done during lunch hour when the bank is already understaffed. When the officer invariably leaves to talk to the invalid, the sneak makes off with the money.

Bank customers were targets as well. A trick known as the “drop game” involved secretly dropping a bill near a counter where a customer is counting his money. The sneak tells the customer that he dropped a bill, and while the customer bends over to pick it up the sneak takes a portion of the customer’s stack of bills. 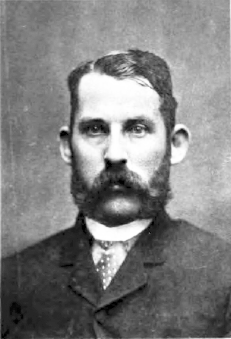 Bank sneaks always carried a large amount of money and when they were caught they could easily pay their bail and leave. It was just the cost of doing business. They were also very mobile. Two notable bank sneaks in the 1880s, Horace Hovan and Walter Sheridan were arrested in Toronto, Canada, and easily posted bail. Less than a month later they robbed a bank in Denver, Colorado. Sheridan was identified but escaped; Hovan was caught red-handed coming out of the bank vault with the loot. He very nearly talked himself out of an arrest, but ultimately Hovan left Denver by once again paying bail. 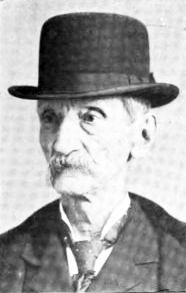 One of the most remarkable bank thefts of all time was committed in the 1860s by veteran bank sneak, Chauncey Johnson. Johnson followed the president of a national bank in New York, who was carrying a package containing $125,000 in bonds, into his office. The president laid the package down on his desk and in the time it took him to hank up his coat, Johnson had taken the package and left the bank.

By the end of the century, the faces of notorious bank sneaks became well known to police and bankers and it became increasingly difficult for the sneaks to ply their trade. Banks began employing full-time guards and instituting security policies that essentially rendered the bank sneak a thing of the past.