A Skeleton King with a Silver Crown.

The strange relic of departed greatness found in a Livingston (Ala.) cave by a youthful explorer.
More...
July 24, 2017

A Skeleton King with a Silver Crown. 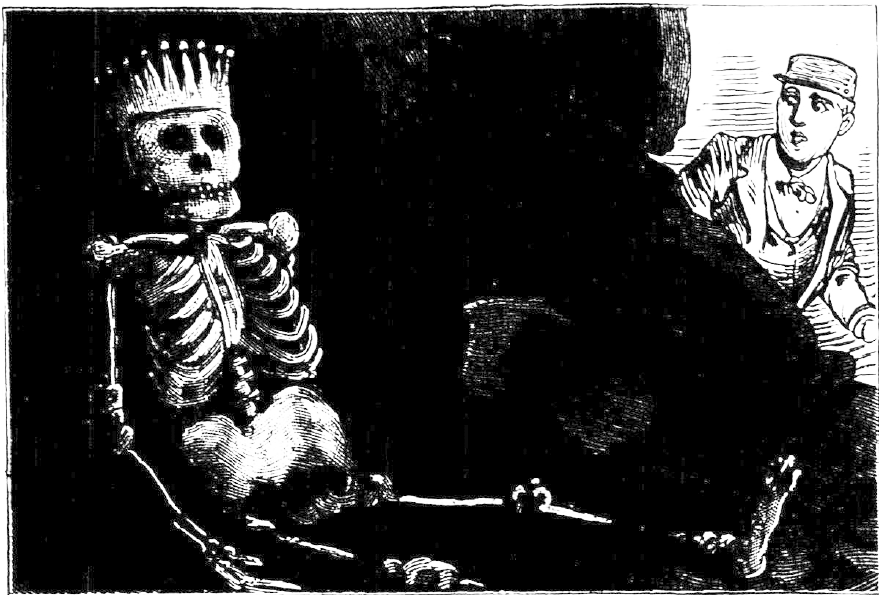 The strange relic of departed greatness found in a Livingston (Ala.) cave by a youthful explorer. [more]

Mr. Morgan Lynn, of Livingston, Ala., has in his possession some Indian relics of peculiar interest. They were found by Master Willie Powe, near Horn’s Bridge, over the Sucarnatchie, and consisted of a silver crown about six and a half inches in diameter and two inches wide at the widest part; two silver ornaments, circular in form, and two inches in diameter, and a number of beads. These ornaments were found with—we might say on the person of—a well preserved skeleton. The crown still encircled the skull, and the other ornaments residue upon the chest, having evidently been work about the neck. On the front of the crown is etched the figure of a moose, and on each side of it the figure of a wolf. They are evidently the product of skilled workmen, and from certain letters and figures inscribed on the inner surfaces of the crown we infer that it was of English manufacture. The place on which these relics were found has been settled not less than half a century.