Great baseball match between the Atlantic and Boxford Clubs of Brooklyn.
More...
April 23, 2018

Slid Down the Firemen’s Pole. | Mabel Punched the Swell. 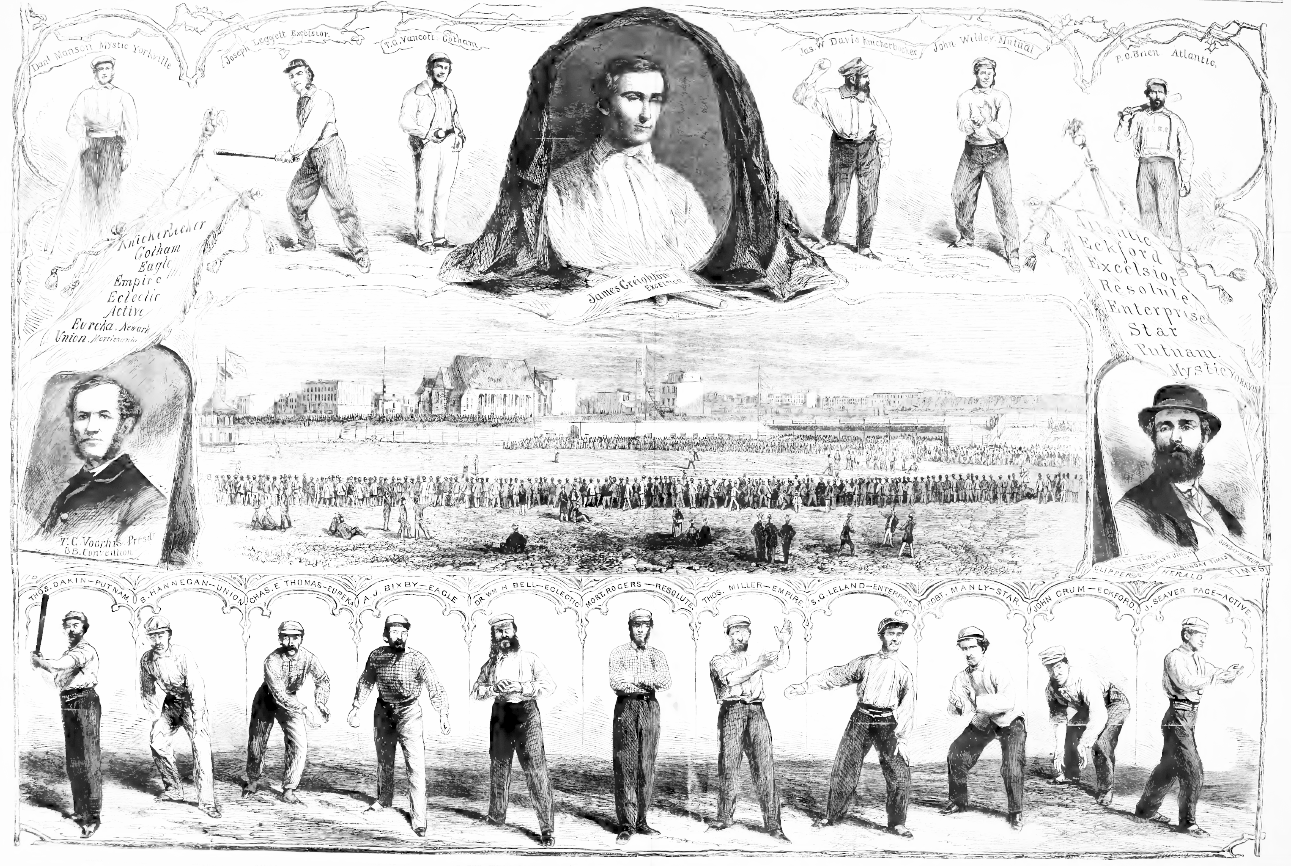 Great baseball match between the Atlantic and Boxford Clubs of Brooklyn, [more]

At the Union Base Ball Grounds, Brooklyn, E. D., Oct 13, with portraits of the leading players of the principal clubs of New York, Brooklyn, and Newark.