She Had a High Old Time. | Cuban Beauty Emporium. 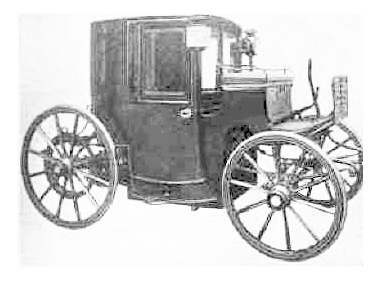 The first automobile in Manhattan was a Woods Electric Brougham owned by Diamond Jim Brady. After its maiden voyage down Fifth Avenue the NYPD put a ban on horseless carriages. 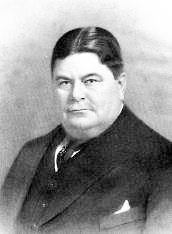 James Buchanan Brady, better known as “Diamond Jim,” was the most flamboyant of all the Gilded Age millionaires. Even in those extravagant times, Diamond Jim Brady was the undisputed master of conspicuous consumption. His nickname derived from his well-known love of diamonds which adorned everything he owned, from his underwear to the spokes of his bicycle wheels. Equally famous was his gargantuan appetite which he satisfied with several multi-course meals a day. A typical dinner might include a dozen oysters, six crabs, bowls of turtle soup, followed by a main course of two whole ducks or six or seven lobsters, a sirloin steak, and one or two whole pies for dessert. 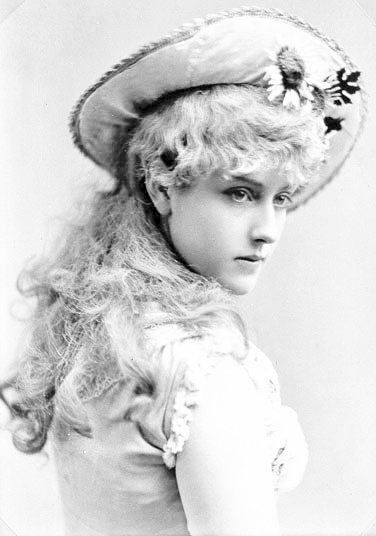 Diamond Jim’s life and career included a number of notable milestones. He invented the modern notion of the expense account, proving that wining, dining and otherwise entertaining prospective clients could sell more railroad equipment than any product demonstrations. His forty-year relationship (mostly platonic) with Lillian Russell, the most celebrated actress of the day, was the longest of her life, outlasting all four of her marriages. And Diamond Jim owned the first automobile in Manhattan.

The vehicle was a custom built electric brougham  manufactured by A. H. Woods of Chicago. The automobile arrived accompanied by a mechanic named William Johnson—an African American man who knew how to run it and fix it. Brady immediately hired Johnson away from Woods, dressed him in a bottle-green uniform and gave him the title of chauffeur.

Brady had Johnson drive him around the city on five consecutive mornings between three and four o’clock, when no one was watching, so he could be confident that the automobile would not break down. Then he alerted the press before debuting his horseless carriage in the daylight. On a Saturday afternoon in the spring of 1895, William Johnson in his uniform and Diamond Jim Brady in a top hat, drove down Fifth Avenue to Madison Square. Crowds gathered along the way to view the spectacle and cheer them on. The new machine delighted the spectators, but horses on the road were much less welcoming. When the brougham reached the busy thoroughfare of Forty-Second Street at least five teams of horses bolted in surprise and ran away. After several trips around Madison Square they stopped at the Hoffman House and Diamond Jim went inside and ordered a lemon soda at the bar (he did not drink alcohol.)

The trip had caused so much disruption that the New York City Police Department ordered Brady not to bring the contraption out again during the day. This prohibition was short lived; within a year automobiles powered by gasoline as well as electricity were a common sight in New York City.