An employee of the Boston Gas Works boasted his ability to kill a rat with his teeth.
More...
August 14, 2017 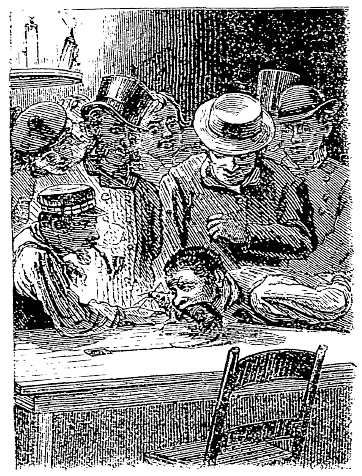 [more] One of the employees in the Boston Gas Works boasted his ability to kill a rat with his teeth. For a bet of five dollars the experiment was tried. A room was procured and a table, in the centre of which a hole was bored, and through this a string extended, one end being fastened below and the other end was tied to the legs of a large rat. The chewer’s hands were tied behind him, He quietly applied his mouth to the orifice in the table; with the aid of his tongue he picked up the string and held it in his dentals. The ne quietly and slowly slid his face along in the direction of the rat, until within “distance,” and then, eying his victim a moment, he made a sudden snap. There was a crunch, a sharp squeak, and the bet was won.