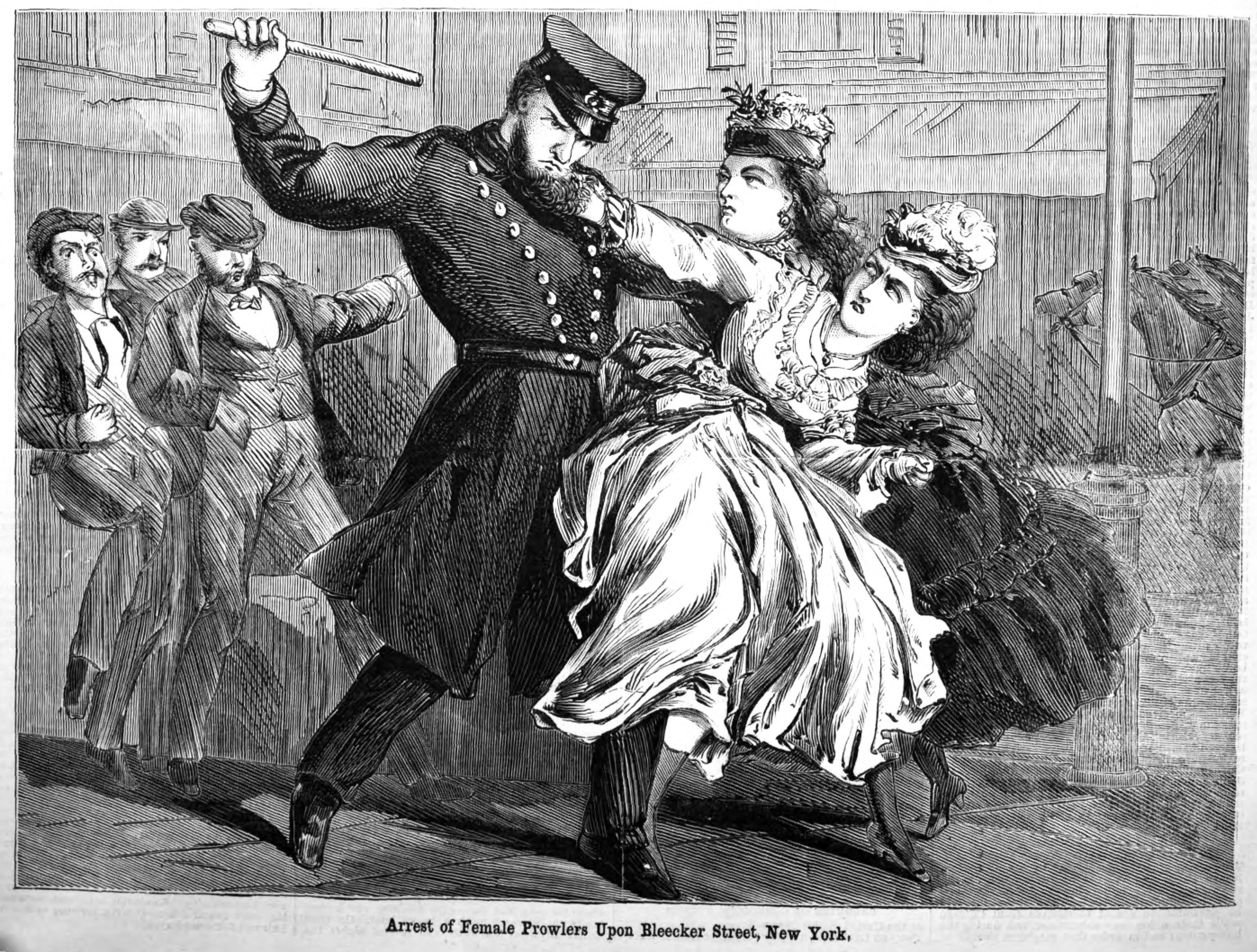 The portion of Bleecker Street, New York, in the vicinity of Broadway, is rapidly rivaling Greene and Mercer streets, in the number and quality of the female harpies who make it their cruising ground. Not a night passes without the arrest of one or more drunken prostitutes in this locality. They are of the lowest grade, and almost always noisy and disorderly. If Sodom surpassed New York in wickedness, no wonder it was destroyed.