cialis low back pain | A Map of Woman's Heart 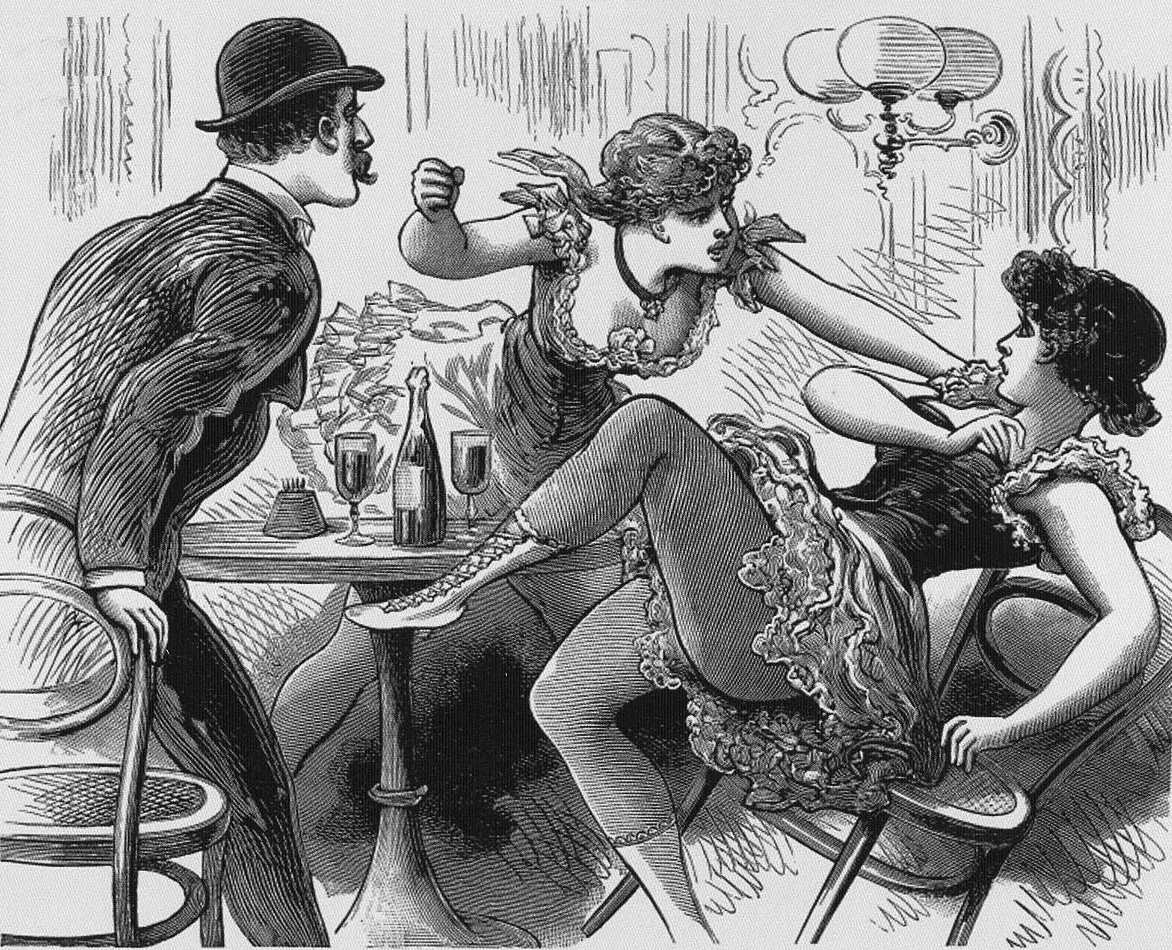 Pretty little Nora Nedihart and Trixie Morris were recently in a Buffalo, N. Y. Police court in sore trouble, and the cause was a man—as usual.

Nora and Trixie do song and dance turns in John Golden's Gem saloon on Broadway.

It all happened on account of a German who went into the wine room of the Gem theatre a few nights ago, when the orchestra was crashing out love songs and the fairies were looking their most witching in short dresses. He was attracted by Nora's languishing eyes—not then in mourning.

"Trixie." said Nora, telling her story, "tried to queer me, and, as she couldn't catch my man, she pasted me, judge.”

"She tried to hit me with a chair ," said Trixie, "I warded off the blow and she fell, and the chair fell on her."

"Ten dollars fine, Trixie," said Judge King. "Pay it or I'll make it thirty days in the workhouse. And you, Nora." said he, "you go home and behave yourself or I'll send you to the Good Shepherd's home."

Then Proprietor John Golden stepped up to the clerk and paid the tax.